York’s Lafayette statue removed – all 6-feet, 6-inches, 800 pounds of him – for some foot work 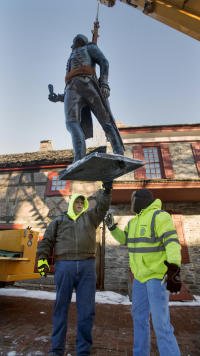 The Twitter exchange about the removal of the Marquis de Lafayette statue from in front of West Market Street’s Colonial Complex for repairs drew this exchange on Twitter:

YDR’s Hafiz Rashid: Perhaps he needs an oil can to move faster.

So the public art is serving it’s purpose – prompting conversation and promoting understanding of York, Pa.’s, downtown. Understanding? The oil can reference points to ‘The Tinker’ art piece, featuring a ‘Wizard of Oz’ Tin Man theme, a couple of blocks away. Both sculptures, by the way, came from the hands of York County’s Lorann Jacobs. The answer to the Revolutionary War hero’s return? Within two weeks, on a warm day when the epoxy adhering the statue to the ground can set best. Also of interest: Marquis de Lafayette captivates folks even today.

The statue is removed. But the marquis will return.

How do you start researching your family tree?

The site offers free templates and other ways to create a family tree.

“The page has been endorsed by several institutions like Brigham Young University, Auburn University and Cyndi’s List and I think this would be helpful to anyone that is starting the task of researching their own family,’ a volunteer who works with the site wrote. 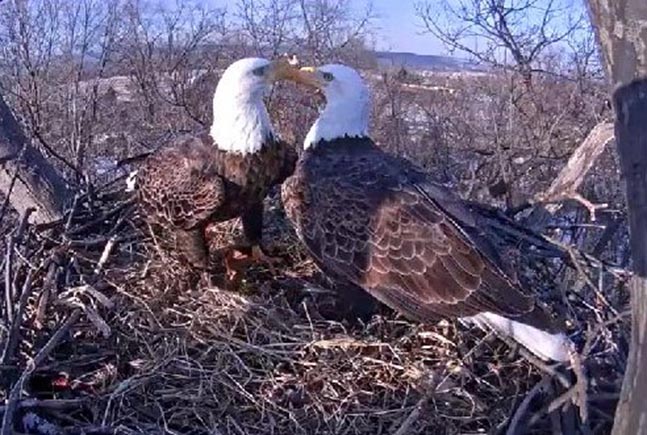 York countian  Larry Gibble  submitted this photo with the note: ‘Eagles caught smooching on February 11, 2015!’  The eagles’ every move is captured is captured on a livestream, and people all over the world are leaving the Codorus State Park feed open on their computers, 24-7. Watch: Eagle cam.

At the fair: The annual black history fair, that is.