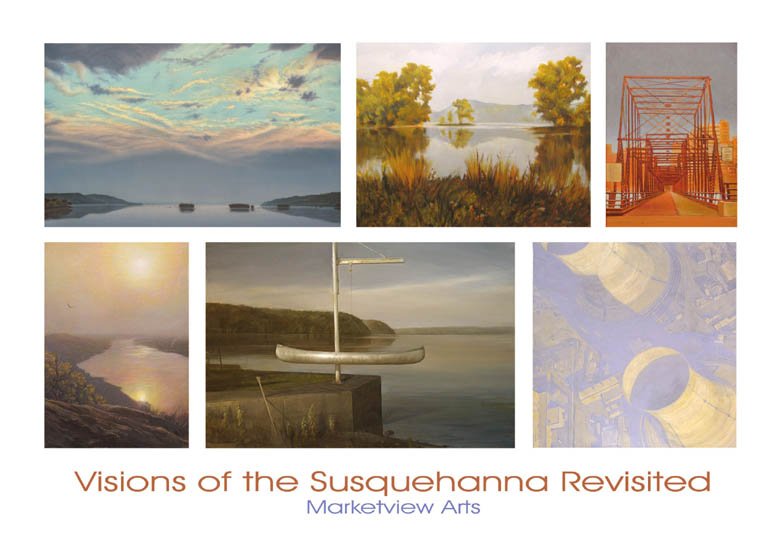 York, Pa.’s, First Friday visitors will have an opportunity to see a special art exhibit featuring ‘Visions of the Susquehanna’ art. This art, as the name suggests, provides scenes along the Susquehanna River. The art was captivating when exhibited at York College of Pennsylvania several years ago, and some of the pieces are part of the permanent collection of the Susquehanna Gateway Heritage Area. The First Friday venue will be Marketview Arts and will be on display from 5:30 p.m. to 9 p.m. , April 5. The exhibit will continue through July. Rob Evans, the York County artist, sent along this information and collection of scenes (above). The info contained the intriguing tagline: ‘Bringing the River to the City.’ It’s always productive when different sectors of York County shake hands. Also of interest: The art and soul of York from the air.

The only thing that will keep some local Civil War fans from traveling to Gettysburg this summer for the 150th anniversary of the battle is the traffic.

So Gettysburg and other towns around that borough are considering a traffic study. That consideration seems a little late to the game, but needed.

The Brogue: A strip club of all things is being eyed for rural York County, down Route 74 in The Brogue. If anyone is wondering, The Brogue comes from … well, it’s complicated. But might not be from the well-known watering hole people often think. Might be just the way early Scots-Irish settlers talked.

This post – The Brogue, York County, Pa.: ‘No one knows where it begins or ends’ – gives more from Yorkblogger June Lloyd.

Remember when? Besser’s on the Susquehanna Trail between Loganville and Shrewsbury has been gone ‘a while:’ Anyone remember this stop when there just weren’t many in that stretch of highway? Please comment below.

The Witman fratricide case of is back in the news – 15 years later – with the parents of assailant Zachary Witman saying the evidence simply does not add up. This was one of the most-followed York County murder cases in the past 50 years.