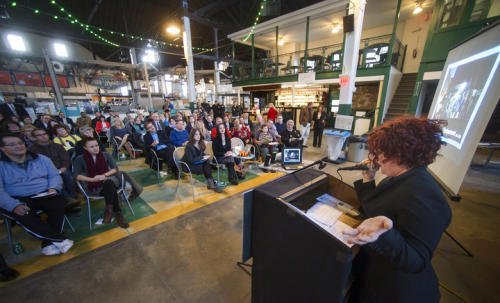 I’ve run such a scene before on this blog. That one came from a different direction, Central Market’s balcony. Like this one, it was a community event at the Central Market. That wonderful markethouse has a lot of assets, including space. If the market can consistently see itself in the gathering business, its reaches would be welcome meeting space for groups in and around York County. That would be popular because after you meet, you can eat. One hundred years ago, the market hosted large gatherings. Time to market that meeting space. Also of interest: Maybe Central Market could become a prime York-area third place.

Stewartstown speech: Ron Hershner will present on his book “Letters from Home” as part of a Stewartstown Historical Society event on Wednesday. The presentation will take place at 7:30 p.m. at Stewartstown United Methodist Church. 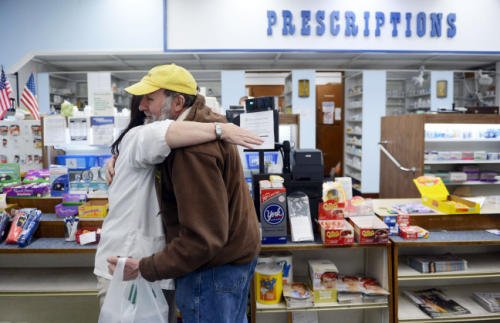 There are some around but they’re become more and more scarce. Privately owned pharmacies, that is. This headline summarizes things: West York Pharmacy, a community institution, closing.

Tom Wolf in the news: Polls show Mount Wolf’s Tom Wolf is a favorite for the Pennsylvania gubernatorial nod on the Democrat side. Check out: Five things Tom Wolf wants to do as governor.

Al Bemiller: This might surprise followers of the old AFL. Al Bemiller, an all-star offensive lineman in that early league, has strong York County ties.