York’s Central Market should be used for all kinds of things, Part II 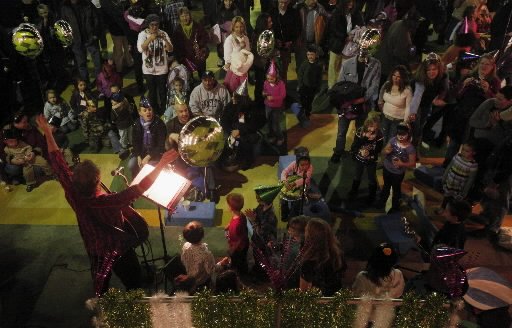 York’s Central Market served as a gathering place on New Year’s Eve, Dec. 31, 2011, an example of its expansion beyond market days. Here, Thirst ‘n’ Howl Musical Productions sings songs and leads dances. Market houses in York historically served other functions – revival services and business conventions – rather than the needs of Tuesday, Thursday and Friday marketgoers, but in recent years has done more of such hosting. But it needs to do even more. Also of interest: Central Market should be used for all kinds of things.

Last Saturday, three visitors, clad in biking garb, stood looking up and down and all around in the food court of York’s Central Market.

They were taking it all in, this soon-to-be 125-year-old structure. And there was a lot to take in.

The high cathedral ceilings. The massive support beams. The high windows. The friendly buzz of a nearly full food court. The market’s food court was perhaps the busiest gathering place in the city at that moment. And more can be done to gather and present its assets as such a third place – a place to gather in addition to home and work.

Back to the bikers.

“Look at this place,” the woman told her fellow wheelmen.

The trio stood there for a few minutes, perhaps also trying to figure what to eat – or maybe not eat – if they had a long bike ride back home.

About midway through this vigil, I leaned over to a local businessman and community leader, enjoying a Saturday morning market day with his family at the next table.

There’s a telling moment of discovery, I told him, indicating the trio standing nearby.

He observed them, too, and smiled. I wondered what he was thinking because he has invested much in York and York County, both in human and financial capital.

Then I had another thought and leaned over again.

Wish those of us in York County, I said, would have the same sense of wonder and discovery about this and other neat places around the city.

He smiled in agreement. 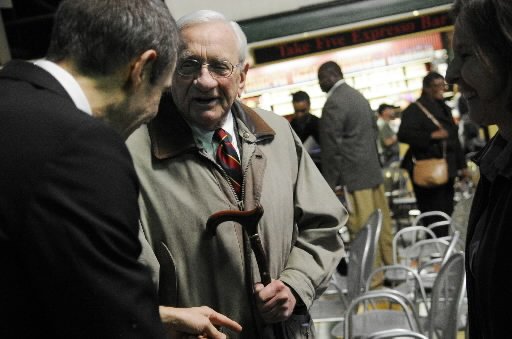