Remember York County’s big 250th birthday celebration in 1999? Much has happened in the past 15 years 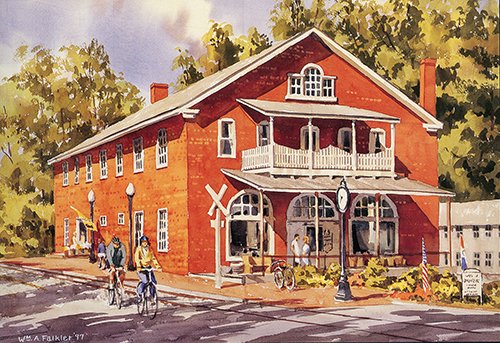 Hard to believe it’s been 15 years since the big 250th anniversary celebration of the birth of York County, Pa. That all-year observance crested in August 1999. It produced many mementos and memories. This painting by William Falkler ties two parts of the celebration. It was part of a 250th anniversary calendar: ‘The Color of York.’ (See cover below). And it focuses on the rail trail in Railroad borough. Farther north, the Heritage Rail Trail Park was opened in York in that sesquicentennial year. So a bicyclist could get on the trail in Railroad, in southern York County, and ride into York City for the first time in 1999.  Also of interest: Check out this list of other mementos and other legacy products of the 250th. 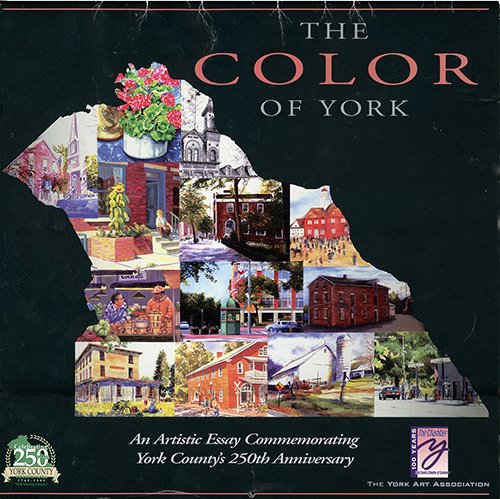 The cover of this commemorative calendar shows scenes from its monthly page. It’s a sad part of York’s story that the positive community spirit heightened by this 250th anniversary celebration was dampened by the race riot trials soon thereafter. Those criminal proceedings came after the 30th anniversary of the deadly riots in 1969. (See link to photo gallery below.) Now about 15 years after all that, investment in York’s downtown is again gaining momentum. Part of that growth is fueled by the arts community – a community artfully fostered for decades by Bill Falkler and others. Also of interest: This artist illustrates ‘Creavity Unleashed’ and Check out these top news stories of the decade, 2000-2009.

Other interesting stuff from all over …

+++
45 years later: This gallery is hard to look at, but these 49 photos  from the 1969 race riots and race riot trials 30 years later are part of our history. If you want to know more, this story provides links to the best stories telling what has happened.
+++
Picturing History moves to Gettysburg

Not perfectly lined up but check out the before and after in Picturing History #gettysburg http://t.co/B5j3wTLTnx pic.twitter.com/JDQxM4W4vV — Shane Dunlap (@shanedunlap) August 1, 2014 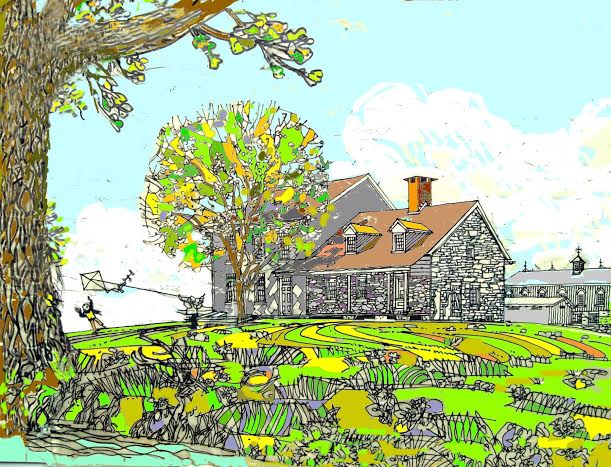 Cliff Satterthwaite drew this 1700’s stone house in 1969. It used to be a ‘half-way house’ and he believed it be near the Avalong Dairy in Springettsbury Township.

History mystery: If you’re stumped, click on the goo.gl link: