Tiny Yorkana sits near everything: The boroughs of York County series, No. 2 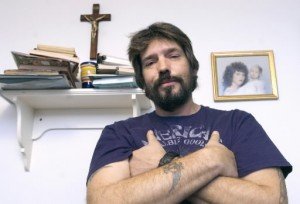 Yorkana, a tiny eastern York County, Pa., borough was thrust in the news recently when a Good Samaritan delivered a baby in the nearby Turkey Hill mini-market. Here, the man who demonstrated grace under fire, Joe Lesoken, tells his story on this video. (See photo of Yorkana below.) Also of interest: Mother Codorus has long served as leading light in obscure Dunkard Valley and The real Elvis sighted in York County in 1956 and Big league baseball fans from everywhere remember Gene Crumling.

This is another in a series of York County boroughs, a series that started with Felton. Today, we look at Yorkana … .
The thing that strikes you about Yorkana:This is one of York County’s most obscure boroughs, rivaled, I believe, only by Franklintown, in the northwestern part of York County. It’s defined by what it’s near: Modern Landfill, former Major Leaguer Gene Crumling’s home and the former country music venue, Valley View Park. The recent delivery of a baby by a Good Samaritan occurred at the Turkey Hill, near Yorkana… .

Yorkana Fire Company also serves as an poll for elections, as seen here in this 2006 York Daily Record/Sunday News file photo.
Info about Yorkana:
Population in 2000 – 239. (York County census numbers.)
Size in square miles: .2 (York County population and land area data.)
Founded: 1912 (York County founding dates.)
Formerly known as: Millersville and nicknamed Dogtown.
Assessment of Yorkana in 1907 by George Prowell, when it was known as the village of Yorkana: “Yorkana is a prosperous village in the fertile part of Lower Windsor Township.
Things that put it on the map: It was home to State Senator Gerard C. Brown. Cigarmaking was big in the town, as in many York County villages. Kauffelt’s store, near there, was a community gathering place.
Also of interest: Shorty Fincher, Elvis, Three Stooges shared Hellam Township stage.