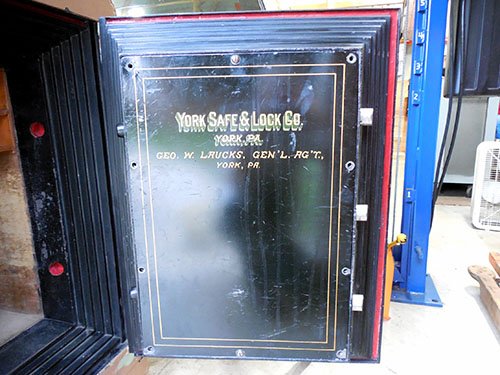 York Safe & Lock, out of business at least by that name since World War II, draws attention around the world. So when auctioneer and collector Fred Beihl of Stewartstown sends in info about those sturdy vaults, I know people are interested in seeing it. Here is a safe that Fred picked up near York Hospital and transported it to Stewartstown. Also of interest: York Safe & Lock: If you have a locked safe, how do you get it open? 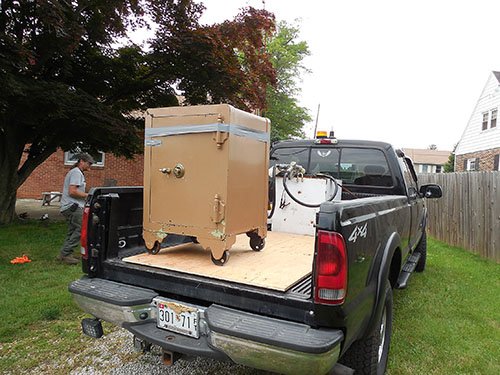 Fred Beihl wrote: ‘I just got this 800 lbs. York safe. The guy I purchased it from said it took 6 guys to move. My friend Richard & I moved it out from the York Hospital area to my livery garage here in Stewartstown in 3.5 hours.’ (See more photos below.) Also of interest: How do I crack my York Safe? 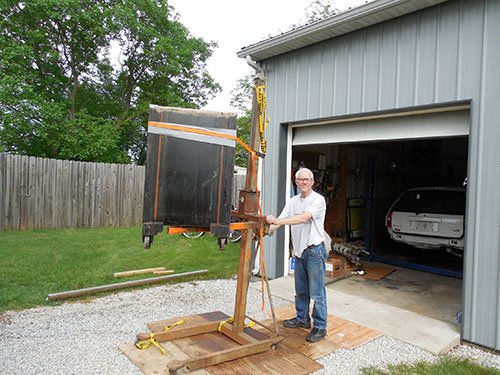 Fred wrote: ‘Of course I have a portable fork lift that can lift 800 lbs!’ Also of interest: All York Safe & Lock posts from the start. 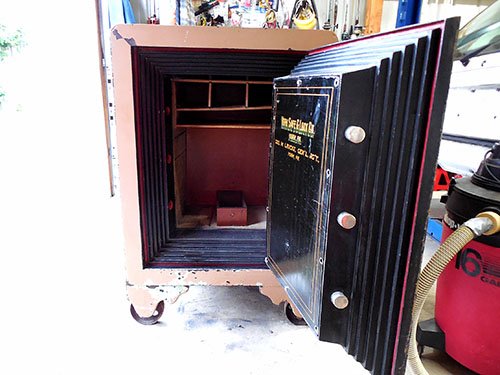 Fred wrote: ‘I have to repair the drawers, sand blast it and paint it. I’ll service the lock & sell it. Eddie (Fred’s son) helped here at home to position the lift.’ George Laucks would never had guessed that his name would be preserved on York Safes around the world. Also of interest:  York Safe & Lock: How can I find information on my York-made safe?

Have a question about your York Safe? Here is contact info for Fred Beihl.