York Safe & Lock: How can I find information on my York-made safe? 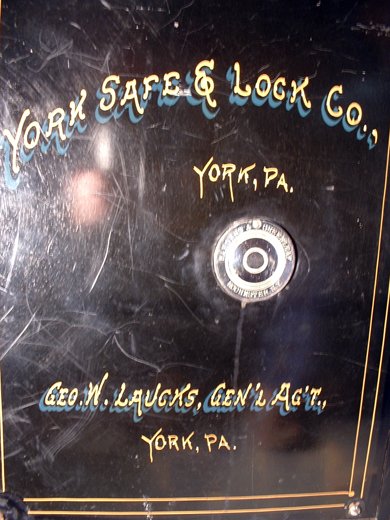 The inside of this safe – made by York Safe & Lock, of course – shows a Sargent & Greenleaf (Rochester, N.Y.) round lock cover plate and was marked: Geo. W. Laucks, Gen”l Ag”t York, PA. York County Auctioneer Fred Beihl provided this photo, the one below and a bunch of information on York Safe & Lock made locks and vaults. Also of interest: All York Safe & Lock posts from the start and How do I crack my York Safe?

York Safe & Lock safes and vaults are everywhere around the world. They simply don’t wear out.

But people have questions about how to find their combinations or the history of a particular safe.

As an licensed auctioneer and appraiser as well as a coin dealer, Fred Beihl of Stewartstown knows about York Safes, made for decades up until the death of its owner S. Forry Laucks in 1942.

In several emails, Fred provided information that might be helpful for those with York-made safes or those contemplating getting one:

York Safe and Lock products are still in demand: “As a coin dealer I encounter many clients in need of a good heavy safe. Small safes at department stores are not good as they weigh only 75- 100 lbs, and can be easily lifted or rolled away. York safes offer fire resistance of about 1.5 -2 hours and are too heavy to pick up and difficult to roll away.
Lost combinations can be dealt with and open safes can be serviced to include a new combination.”

If you have an old safe: “I  recommend buying new locks for old safes as the new locks are manipulation resistant, and have other modern features … .”

The complexity of this field of locksmithing: “The out side dial for your York safe may not indicate what type lock is being used inside the safe. For a Sargent & Greenleaf Rochester, NY lock there is a Right, Left sequence to try rather than the typical Left, Right, Left sequence.

“NOTE: not every one lists the last number of their combinations. The last number is some times a given, meaning that you may hear or feel a last number click. At the click if you hear or feel one – turn the dial in the opposite direction this will throw open the bolt.”

How he got into the business: “It’s a 1982 Navy home for the weekend story. There was an ad in the YDR paper for a York safe. I had a growing coin collection and a willing father to help me haul the safe home. I already had a smaller old safe and knew the basics of changing a combination. I also changed the combinations for our new Ensigns in the ward room.” 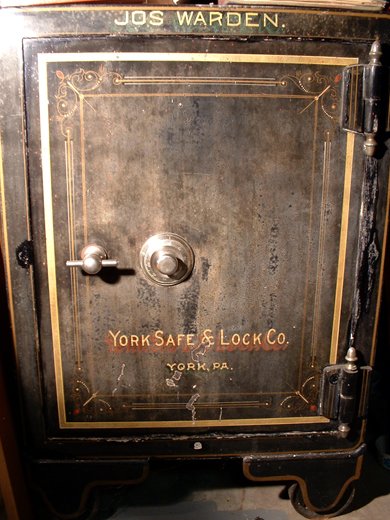 Jos Warden was the original owner of this York Safe. Fred Beihl understands that he was an accountant.