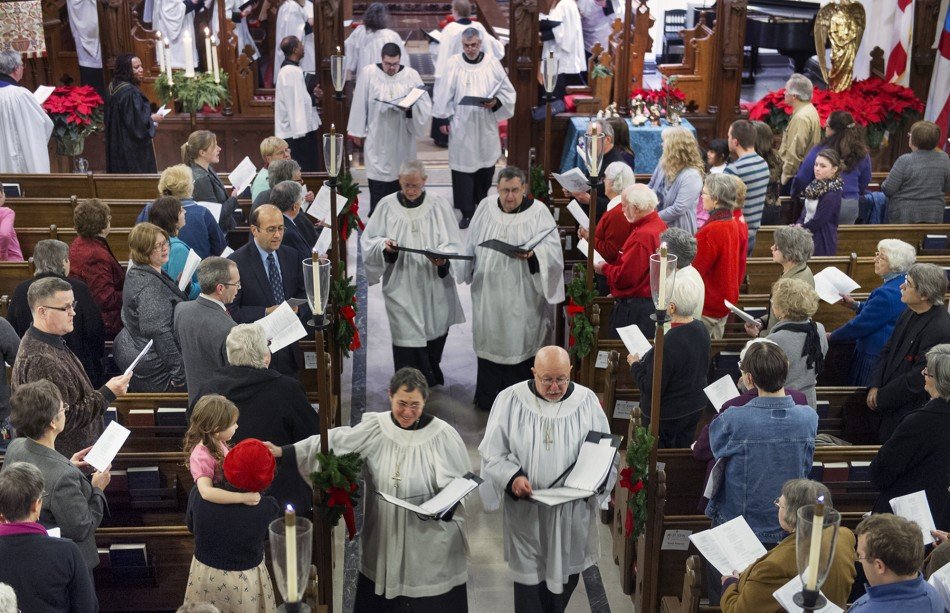 Paul Kuehnel’s post-Christmas photograph drew these words from Choral Society member Marie Stoltz, according to a piece Paul wrote for the Look blog:

For Marie Stoltz, the overall view of a high, wide shot capturing a moment of human contact tied with a story about the event, “was an emotional life saver for me.”

As I walked down the aisle, I reached out and touched her hand and you caught it for the article. So much of my grief just melted away…the thoughts about being alone without either of my parents was all of a sudden replaced by the remembrance of the next generation here to fulfill the promise from the Scripture, “May you see your children’s children”.

According to Paul, Marie Stoltz goes on to say, “Your daily work … vocation I should say is the “Good news” we like to see amongst all the sad things that end up in the media.”

To all this, Paul also wrote: “I love hearing feedback from readers.”

Paul’s not alone among YDR staffers in enjoying feedback, whether it’s praise or criticism.

Paul Kuehnel was behind the camera this time, too, shooting video of one of York County’s best scenes – the Susquehanna River from Highpoint.

Recognition moving ahead: The quest for a permanent memorial for York County’s own actor Cameron Mitchell was on the agenda at the Glen Rock Historic Preservation Society’s meeting this week.

The annual African American History Fair brought students to Crispus Attucks this week. This video gives a sampling of what they saw.

Remember this?: YDR.com’s ‘Remember’ series covers the recent 50th-year anniversary of the Beatles appearance on Ed Sullivan. Check out: Remember and also numerous photos from that big show: ‘Ladies and Gentlemen: The Beatles.’