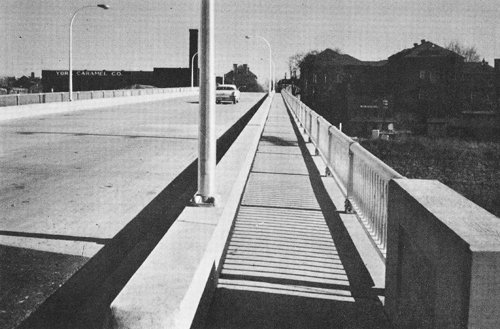 York, Pa.’s College Avenue Bridge was built to allow four-lane traffic to pass underneath, allowing for another entry/exit to York. The aging Princess Street Bridge, some yards downstream, is to be replaced with no such space for a highway to pass under its deck, effectively shuttering that four-lane vision. Do you think planners are showing financial prudence or displaying a lack of vision? Please comment below. Also of interest: York’s Penn Street Bridge: One spot says a lot.

“I have a small copper ash tray/dish? with the same image as on your web page. It refers to this building as ‘Glatfeller’s’ When was it called that?”

I wrote back that it might have been an advertising vehicle for nearby “Glatfelter’s” furniture store. 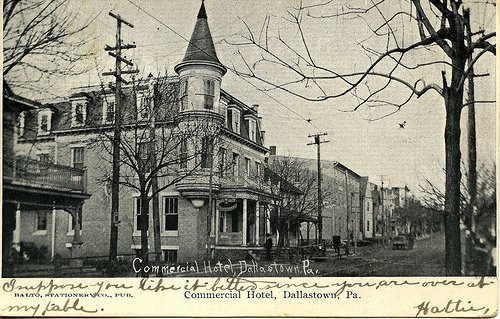 Joe Ferry passed on this idea for a story about a local man who turned an avocation into a vocation.

“Ryan Bridge,” he wrote, “a York County man who has turned his passion for bugs into a thriving business, recently authored a children’s book. His first effort, ‘Insects with Wings,’ is geared toward students in kindergarten through Grade 2.”

Ryan began collecting with a cicada in 1979. Since then, he has mounted and organized about 120,000 specimens.

The original cicada is part of his collection.

Ryan has a famous forerunner among entomologists in York County.

Christ Lutheran Church in York celebrated its 280th anniversary this past Sunday. It origin goes back before York was founded. This video tells the story of its birthday party and so does this ydr.com story.