Yes, the Lady Linden. And a grand lady she is. Queen of The Avenues, a neighborhood that grew along the trolley line that ran from York, Pa.’s Continental Square to Dover. As this Picturing History slider shows, at left is the Lady Linden, an 1887 Queen Anne house on Linden Avenue in York, circa 1890. And at right, the Lady Linden, now a bed and breakfast, is seen in a late 2014. The Lady Linden’s website gives this brief history: ‘Lady Linden was built in 1887 for industrialist Samuel Nevin Hench. He and his business partner, Walker A. Dromgold, came to York from Perry County in 1878 to manufacture farm harvesting implements for steam tractors and horse drawn. Many of these items were of their own design and patent and were shipped to international destinations. They built their houses side by side with the same design footprint here on Linden Avenue and raised their families here. Both these gentlemen were very active in the community and family members remained here until 1920.’ More in the series: Picturing History archives. Also of interest:  Art and history and a celebration of the Avenues at a York, Pa. funeral home.

And now, a photo of the Lady Linden, before renovations: 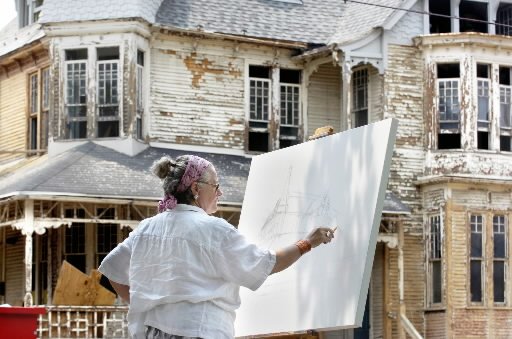 For more about the renovations, check out: Lady Linden makeover.

The Hex Murder, its trial and the place where the 1928 murder of a suspected witch took place is the topic of a national website.

‘The story of Hex Hollow and the house that sits on its land is an infamous legend in York County, Pennsylvania, and the surrounding areas. While everyone knows about the infamous Salem witch trials that occurred in 17th-century Massachusetts, very few are aware that this region was at one point also rife with paranoia and “magic” 235 years later.’ 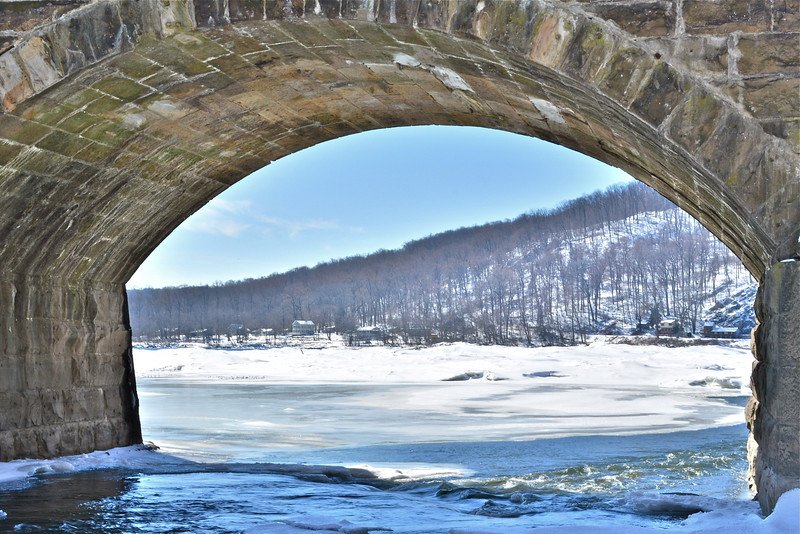 Love those photos from readers. This one comes from John Renard of Windsor Township, who submitted the picture to the YDR’s Your Photos. He wrote: ‘Looking under the railroad bridge in Marietta, across to the Wrightsville side of the Susquehanna.’

“He spoke at the YWCA in a function room on behalf of Eugene McCarthy and York McCarthy delegates Ruthe Craley & Morrison Williams who were elected as delegates to the Dem convention. I was there as was Mary Anne (his wife).” 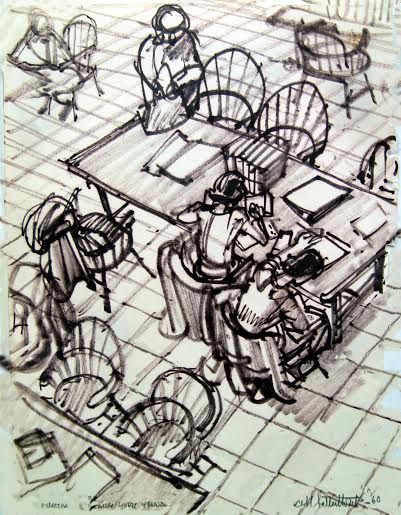 Artist Cliff Satterthwaite captured this scene in Martin Library in 1960 – a view from the balcony in the reading room. The room has not changed that much, has it? More: Satterthwaite.