York, Pa: ‘Colonial, industrial and modern.’ Surely, this is York, Pa., at its best 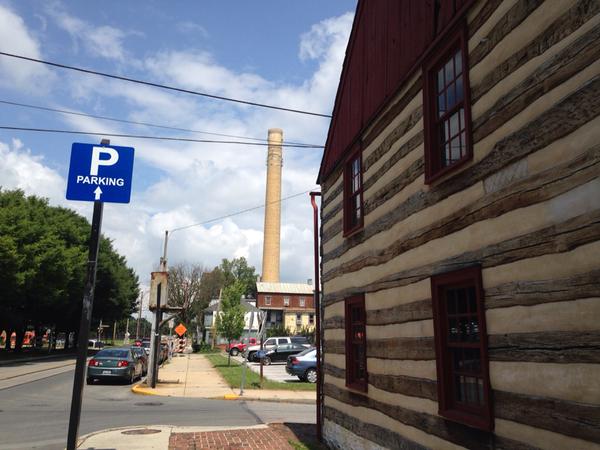 The York Daily Record’s Mark Walters captured this busy scene. And there’s a lot to take in. The circa-1741 half-timber Golden Plough Tavern is part of the Colonial Complex that includes the courthouse replica, Golden Plough Tavern, Gates House and Bobb Log House, right. Also, the former MetEd Steam Plant’s smokestack. The York County Heritage Trust is looking at the old plant as a new museum, another step in transitioning a former smokestack property toward service and information sector use. Then you have the modern. The vehicles replaced the mass transit buses, trains (notice tracks) and trolleys (powered by the steam plant). Mark said it right in tweeting this photo: ‘York city: Colonial, industrial and modern. Is this York County at its finest?’ It certainly points to an asset of York County – its diverse architecture. To put all this in another way: Surely, this is York County at its best. Also of interest: Check out others in this York County at its best series.

Here’s an excerpt of the York Daily Record report on the airman:

Sgt. Bob Zercher was working at York Corp., the predecessor to Johnson Controls, when World War II broke out.

A ball-turret gunner on a B-17 Flying Fortress, called “Karen B,” Zercher, born in Hellam, was a part of the Army Air Forces’ 452nd Bomb Group.

In April 1944, his bomber was hit by anti-aircraft fire over Berlin, and crash landed in the Netherlands. He was able to find sanctuary, along with a British airman, K.H. Ingram, but was later captured by the Nazis.

They, along with six others, were executed that October. The Germans put Zercher’s body on display, placing a sign on him that read “terrorist.”

“There are so many countless stories that can be told on this wall,” said Bob Reilly, the deputy chief of staff for U.S. Rep. Scott Perry, R-Carroll Township, who mentioned Zercher during the ceremony, “that we need to keep on and pass on to future generations.” 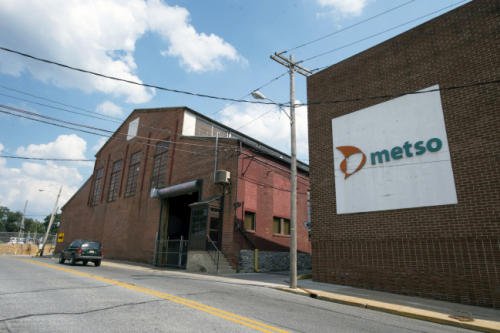 Metso is closing this longtime York city manufacturing plant. Many people remember it as Hardinge Co., which built the massive red-brick factory in 1906. Notice this instance, added to the MetEd plant above, of an old factory in transition. In recent years, the plant made the news because it was home to the York Factory Whistle concert. The concert will take place there this year, but its site after that is not clear.

History Mystery: Who is the mystery man?

History Mystery: That’s former D.A. Stan Rebert, left, of course. The mystery man at right was at the helm of the York…