York, Pa. made big, heavy things – and was immensely proud of it 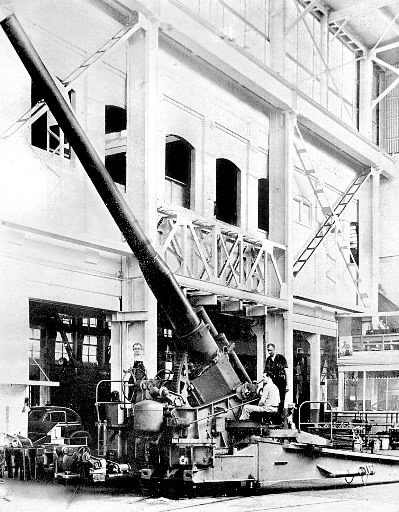 In a recent York Sunday New column titled “Contributors bring history to life (see below),” I muse about how York County factories historically have made big things and worked hard to tell the world about them.
I tied it to the recent sale of Bradley Lifting, which made big, heavy devices that helped lift big, heavy things.
I went on a riff like this: … .

– Bob Hoffman’s York Barbell makes deliberately heavy things.
– Johnson Controls, previously York International, makes air conditioning equipment big enough to chill the Taj Mahal and the Chunnel.
– A.B. Farquhar made powerful steam-powered engines.
– Forry Laucks’ York Safe & Lock made, heavy safes.
– S. Morgan Smith made big water wheels and turbines.
– Harley-Davidson makes big, throaty-sounding motorcycles.
Take a tour of the York County Heritage Trust’s Agricultural and Industrial Museum, and you’ll see exhibits of such big products and the following other items that remind you of big, heavy things:
– York Corporation’s (later Johnson Controls) factory whistle was called “Old Bull” and a multi-story-tall refrigeration machine is on display in the museum’s “Hall of Giants.”
– Susquehanna Pfaltzgraff made “stoneware” pottery.
– An exhibit devoted to welding (how many museums in America have that?) celebrated the joining of big things.
– A 1911 Hart-Kraft Truck on display weighed a ton and boasted a 2-cylinder, 18 horsepower motor with a double (as opposed to a single) chain drive.
– Part of Emigsville’s downed oak tree on display had a massive circumference of 17 feet.

My column of reversed published York Town Square blog items follows:
Harvey Bradley is a living reminder of some of York County’s past leaders of industry.
He started with few resources, except perhaps the most important — an entrepreneurial spirit.
And he built big things.
York County has long loved making massive, heavy things.
Bob Hoffman’s York Barbell is one example, almost by definition.
Johnson Controls (York Manufacturing, York Ice Machinery, York Corporation, Borg-Warner, York International) makes air conditioning equipment big enough to chill the Taj Mahal and the Chunnel.
A.B. Farquhar made powerful steam-powered engines. Forry Laucks’ York Safe & Lock made, well, weighty safes. S. Morgan Smith (Voith Hydro, American Hydro and Precision Components) made big water wheels and turbines.
Harley-Davidson makes big, throaty-sounding motorcycles.
In this information age, the county is not growing many heavy manufacturers nowadays.
Like many of his industrial heirs, Harvey Bradley, in his 80s, had to sell. And he chose Xtek from Cincinnati.
“They have a good quality product,” an Xtek spokesman said. ” — and so do we.”
* * *
Writing about Harvey Bradley and other local people and their place in York County is a gratifying part of putting up daily posts at my local history blog, www.yorktownsquare.com, where the above story originated.
Putting a face on community contributors, many of whom might be forgotten over time, is an important part of what a journalist, or a historian, does.
Sweeping trends and community meta-narratives and the like are intriguing to study, but it’s people that make history come alive.
When you’re able to explain county trends through an individual’s achievement – or sometimes failure – then you have something people will remember.
Here are some excerpts and adaptations from other blog posts on people:
* * *
“Legacies,” American Association of University Women’s booklet on achieving 20th-century York County women, is an artifact in itself.
When viewed as a whole, it shows that most women achieved in the workplace in those days through their work in social or community service, teaching, nursing or libraries. Indeed, some believe this is still the case today.
Delma Rivera is one of those women noted for her work in the social service arena. She and her husband helped found the York Spanish Council in 1974.
And here’s another point about “Legacies” as an artifact of history: Delma Rivera is the only Latino among the 50 profiled in this 1984 publication.
This suggests that Latinos, then relative newcomers to the community, had not gained a firm place in the community’s conversation – something else that some contend has not yet happened.
* * *
Several years ago, Hanover-area left-hander Mark Phillips scored a big contract with the San Diego Padres.
But his career so far has gone nowhere, falling far short of the majors. Last summer, Phillips labored in the Central League before landing a pitching slot in the Atlantic League.
But now comes another Hanover-area southpaw – Robert Rohrbaugh – one of the Seattle Mariners’ top minor league prospects.
The 24-year-old’s minor league record is 30-16, and he’ll start this season with the Tacoma Rainiers.
The Littlestown, Adams County, resident could join another left-hander with York County ties – the Florida Marlins’ Mark Hendrickson – in the big leagues some day.
To which, one blog commenter observed: “Sounds like another previous York southpaw major leaguer with pinpoint control, Ken Raffensberger, who did not overpower opposing hitters either. Keep em off balance and good luck.”
* * *
Voni B. Grimes remembers Richard Nixon’s late-1980s visit to the Jacobus county park that bears his name.
He recalls seeing strange men among the trees of the park’s trails – Secret Service agents – during the former president’s 45-minute stay.
Someone mentioned to Nixon that Grimes’ own name appears on a building – the Voni B. Grimes Gym in York.
Nixon became more attentive and asked Grimes if he played football, basketball or some other sport.
Grimes informed the former president that the honor came from his community involvement.
Nixon replied, ” Good. Good. That’s fine.”
To this day, Grimes recounts the story with a bit of a catch.
“It couldn’t be . . . academics . . . ,” the former Penn State York administrator stated.
There’s something about keyboard players that brings recognition, even if the organ-side of that class of instruments is declining in popularity.
Everyone, for example, knows Sam Keeney, who not only regularly performs but sells keyboard instruments at his store in Spry.
And there’s Don Warner, whose “Don Warner at the Organ,” has appeared weekly on WGCG in Red Lion for decades.
Maybe it’s because they play so many gigs in such varied places. Warner has played his organ mounted on the back of a vehicle in countless parades.
And his family’s Red Lion dairy (now Lions Pride restaurant) and moving business is synonymous with York County.
Don Warner might be in the top 10 best-known York countians, mostly on the strength his 10 musical digits. 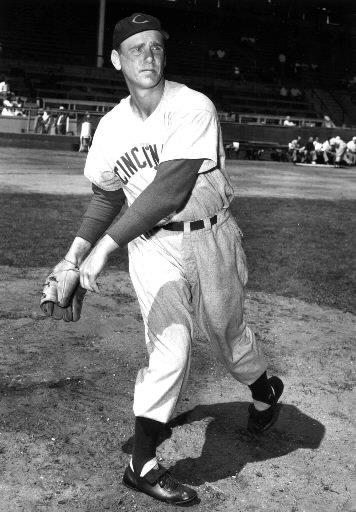 York countian Ken Raffensberger, shown in this 1951 hand out photo, did not have a big fastball. But he played big in the big leagues, twice leading the National League in shutouts during a 15-year career in the majors. Raffensberger died in 2002 at the age of 85.