York Fair: Day 1 in photos and videos, plus commentary 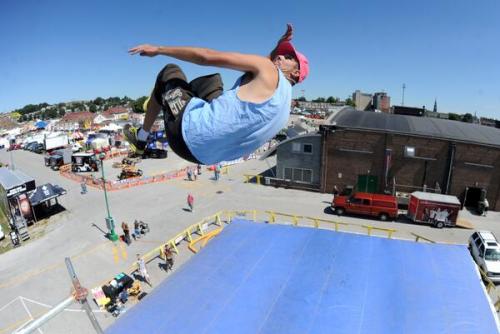 Remember the days of bungee jumping? They’re gone but the York Fair offers a chance to throw yourself off US AIRBAG’s 30-foot platform onto, well, an airbag. The chance, that is, if the attraction passes Pennsylvania inspection. It was not open on Day 1, but hopes to open today after meeting the inspector’s approval. Also of interest: ‘Loop the Loop’ at the York Fair and other York County post card views.

3. Meanwhile, another act in the air was going through the paces to get the state inspector’s nod – the Mine Binder roller coast, rising 50 feet. The last coaster death at a Pennsylvania fair came in 2001 – at the York Fair. The Mine Binder didn’t open on Day 1, still awaiting state approval. 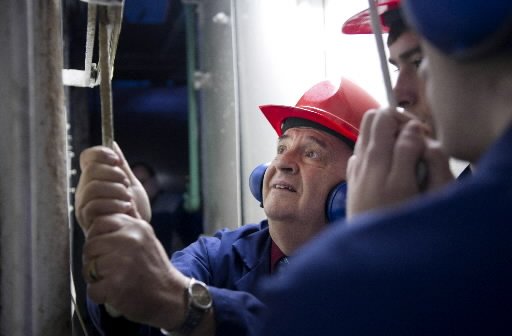 4. No, the New York Wire factory whistle, that creator of Christmas Eve concerts, won’t be at the fair. But whistlemaster Don Ryan is there to talk about the whistle’s new location, Metso.

5. The Utz exhibit in Memorial Hall drew lines for freebies. The YDR’s Jason Plotkin caught folks in that line who didn’t really know what the column lead to. While we have you, here’s a video about how to pronounce Utz.

6. Of course, the York Fair was originally about harvests and livestocks and crops. So, we’ll close out Day 1 with that.
.

Here’s a colorful map to help you navigate the historic York Fair’s ground.

– A Bury’s burger at Johnny Eagle’s stand was as good as ever. In fact, better. The guy at the stand heaped it with onions v. the normal onion slice. I couldn’t find Joe Bury’s Famous Hamburgers stand to do my annual comparison. I still can’t tell the difference between the secret Bury’s burgers with red sauce and those made with at home with this published recipe. They’re both delectable.

– The fair offers copter rides this years. I was surprised how close the close the copter took off and landed to the fair crowd. You would have thought an aircraft coming in and exiting every 10 minutes or so would be located to a corner of the fairgrounds.

– A group watched three girls try and try again to win a grand prize at one booth. A member of the group calculated the girls dropped $60 in their quest.

– The butter sculpture in Memorial Hall always opens things with fanfare, but it’s interesting how few people it actually attracts. An admittedly brief sampling showed folks glancing over at the well-placed exhibit, but walking by.

Also of interest:
Check out these York Fair photos, videos and stories at the YDR’s All’s Fair blog.