York County’s rail trail eagles: ‘This pair of eagles doesn’t seem to be bothered by anything’ 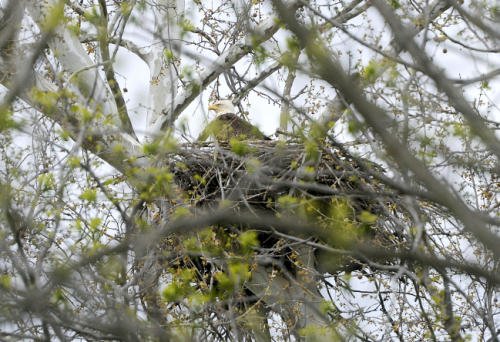 There was a day when eagles’ nests were rare around York County, Pa. You might’ve seen them in the Susquehanna River Region. But now we have two celebrity eagles with two eaglets on video cam, albeit a now-cloudy video feed. And we have a working eagle’s nest along the York County Heritage Rail Trail extension, running between Loucks Mill Road and Rudy Park. People who know about such things aren’t concerned with rail trail users moving pretty close to the rail trail nest near Harley-Davidson and Route 30. That proximity to civilization makes the rail trail eagles different from those celebrity eagles in Codorus State Park. ‘This pair of eagles doesn’t seem to be bothered by anything,’ a Pennsylvania Game Commission spokesman said of the rail trail eagles. As for the foursome in Codorus State Park about 20 miles away as the eagles fly, bird watchers must still abide by the rules about getting too close. Also of interest: The tale of two big birds: The eagles of Lake Marburg v. the vultures of Glen Rock.

Forest No. 30 of the Tall Cedars of Lebanon’s annual Pancake Jamboree at the York Fairgrounds is canceled this year, the first time in 55 years no such event is planned.

Probably the latter is the most important factor.

With an aging population and those younger looking for other diversions, the jamboree joins other community groups in transition. (Check out: Bowling Alone.)

The Women’s Club of York rents its longtime headquarters in York. The Fraternal Order of Eagles longtime York home is now Marketview Arts. And the Red Lion Grange long ago sold its hall, standing on prize retail space.

York County is in transition but, as a crossroads community that is near everything, it always has been.

For the sake of community in York, let’s hope that volunteerism takes on a different form – we’re seeing this with 5Ks, creek cleanups, etc. – and doesn’t go away.

Check out the photos from Saturday’s Inside Hanover tour. Some good photos of Hanover.

Hey! Look who’s back in York!

Posted by York Daily Record/Sunday News on Monday, May 4, 2015 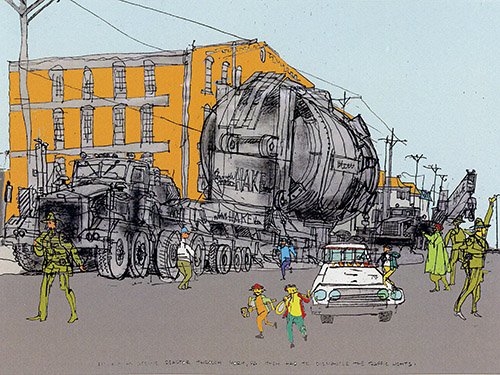 Artist Cliff Satterthwaite’s documentary work is on stage here, showing an atomic reactor passing through York, probably on its way to Peach Bottom.

+++
History Mystery: Can you ID this Dempwolf design?

History Mystery: Thousands have passed through the doors of this #YorkPa building since the 1920s. It’s another landmark…

Posted by York Daily Record/Sunday News on Tuesday, May 5, 2015