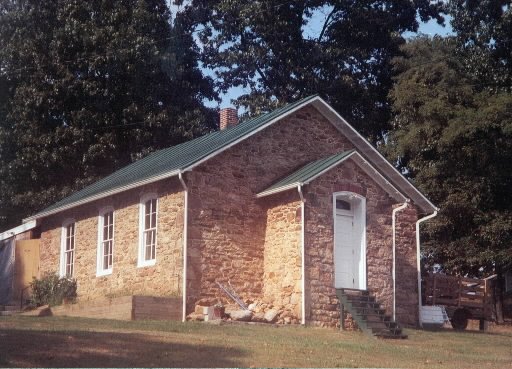 Brenneman’s School in eastern York County, Pa., is one of about 300 one-room schools operating in the county before World War II. After the war, consolidation closed these schools, and elementary and intermediate schools cropped up. In Brenneman’s case, Canadochly Elementary School took its place. But the closure of one-room schools has not slowed down former students who regular come together for reunions. To see those attending one such get together at Brenneman’s, see below. Also of interest: One-room school teachers of yore given limited time to court and York, Pa.’s, Civil War hospital: A topic for a master’s thesis.

I was talking about Brenneman’s School in the Yorkana area of eastern York County to the local chapter of the National Association of Federally Retired Employees.

The still-standing one-room school is interesting for a number of reasons. It is built from stone, probably field stone, in comparison with the brick of wooden construction of many of its counterparts.

And it has operated as a business – a plumbing warehouse and art studio, according to “All In One Room,” a   book on such buildings that  dotted York County’s countryside. Many of the schools serve as residences today.

When I mentioned that Brenneman’s stands in Hellam Township, Katina Snyder,  a member of the group and a member of the  Kreutz Creek Valley Preservation Society questioned that fact. (She later checked and was right (see below). It’s in Lower Windsor Township, standing between Yorkana and Mount Pisgah, next to the former Gusts Orchards. )

That sparked another conversation about how someone can find the whereabouts of these buildings. How many operated in each township, and where were they located?

Katina raised an intriguing topic, and I suggested she check with the State Archives or the Department of Education archives.

At any rate, information on the county’s 300 one-room schools – the most public schools in the state prior to World War II, according to newspaper reports – is not easy to locate.

It’s a master’s thesis, or database, waiting to happen.

“As promised as a follow-up to your presentation One Room Schools at the
National Association of Federally Retired Employees meeting, I did research
concerning the Brenneman school which you said was in Hellam Township.  The
York Historical Society has a compilation of pictures that were run in
newspapers and one reference, “York County one-room schools photo
collection, volume I”, reference #874.841–P 3, shows the school in Lower
Windsor.  And from your description of the location, I believe that to be
true. We can be sure it was not in Hellam Township.”

– Check out the book “All in One Room” about York County’s one-room schools.

– See a ydr.com section One-Room Schoolhouses devoted to such schools in York County. 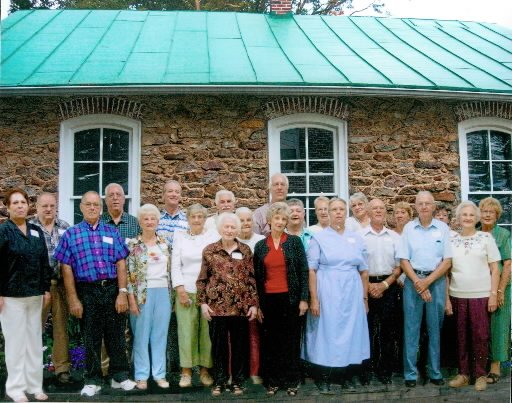 York’s Robert Lehman submitted this photo in 2008 of some former Brenneman’s School students who got together in a reunion. We include the names here to give an indication of some of the families from that part eastern York County. Those attending, front row from left: Marie (Gust) Bastas, Yvonne (Almoney) Klahold and Rhoda (Leiphart) Burkholder; middle row, Donna (Griest) Ruppert, Phillip Klahold, Connie (Crawford) Kefalas, Dorthy (Winters) Grim, Maggie (Dietz) Keller, Jean (Poff) Mellinger, Orvin Craley, Ken Klahold and Lucy (Dietz) Jacobs; and back row, Jack Almoney, Lamar Lehman, Walter Berstler, Dennis Schmuck, Robert Lehman, Grace (Resline) Kinard, Mary (Griest) Keener, Joanne (Gilbert) Sprenkle, Linden (Crawford) Groft and Donna (Gilbert) Dunaway. The school was built in the late 1870s and used until January 1955, according to ‘All in One Room.’