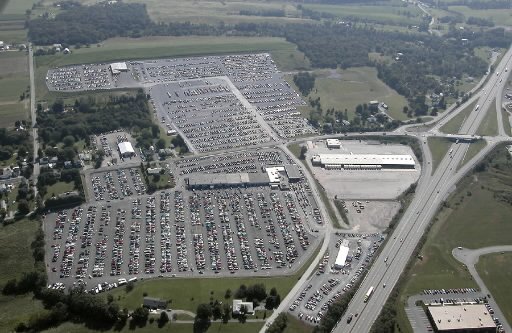 Driving through York County’s Strinestown, off Interstate 83, it’s hard to take in the whole picture of how many vehicles are in and around what was known as Pennsylvania Auto Dealers Exchange’s domain. This file photo from the York, Pa., shows the size of the vehicle auction, a fixture – and an expanding one at that – in that part of Conewago Township for years. One can safely say that old P.A.D.E. , now Adesa, occupies York County’s biggest parking lot. Also of interest: York County’s love affair with its cars, Part 4.

Bob Cooke lives in California but has questions about York/Adams.

Here’s his query, in case anyone can help:

“I am preparing to apply for membership to the Sons of American Revolution through my 4th gr. grandfather, a Quaker Jesse Cook (1744-1818) the son of Peter Cook (b. 1700, Cheshire, Eng.-1779) and Sarah Gilpin, (1706-1783) who was among the founders of Warrington Quaker Meeting, in York Co., in 1745. The first five generations of my family line are buried at Warrington Quaker Meeting.

“Jesse Cook built the family homestead farm southeast of Dillsburg, which straddles the Warrington/Carroll township line in York Co. The farmhouse has a 1785 date stone with Jesse & Mary Cook’s initials and after at least 168 years, my grandfather’s sister sold the farm out of the family in July 1953.

“After 16 years of researching my Quaker heritage I was recently told about Young’s work and the listing of “Jese Cook” in the 1st Battalion, 5th Company, 7th Class, dated April 11, 1778. The men of the 5th Company came from Warrington township. Jesse was married 9mo. 24, 1767 at Huntington Quaker meeting in York (now Adams) Co., to Mary Wierman (1746-1824) and they had 8 children.

“Are you familiar with the Quaker Cook’s of York and Adams County? I have never come across another (Jesse) Cook family who could cause confusion. Have you? There were German’s in the area who changed their names from Koch to Cook, but none joined the Quaker society. Do you know what the sources were for Henry James Young’s work on his Red & Black Series in the American Revolution? Do those records still exist, are they available for research?

“Knowing the Quaker feelings about war, I am a little surprised to find “Jese” listed on a military roster. I checked the Quaker records and found nothing about Jesse being “complained of” or of any disciplinary action taken against him. Do you have any insight about this?”

I directed him to the York County Heritage Trust, as well as Quaker expert Debra McCauslin. 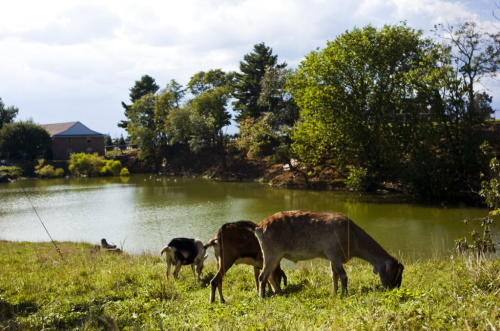 Trolleys crisscrossed major towns and small towns across York County, including this piece of West Manchester Township. These piers supported a long-gone bridge on the York-Dover line. Also of interest: Clang, clang, clang went the trolley.