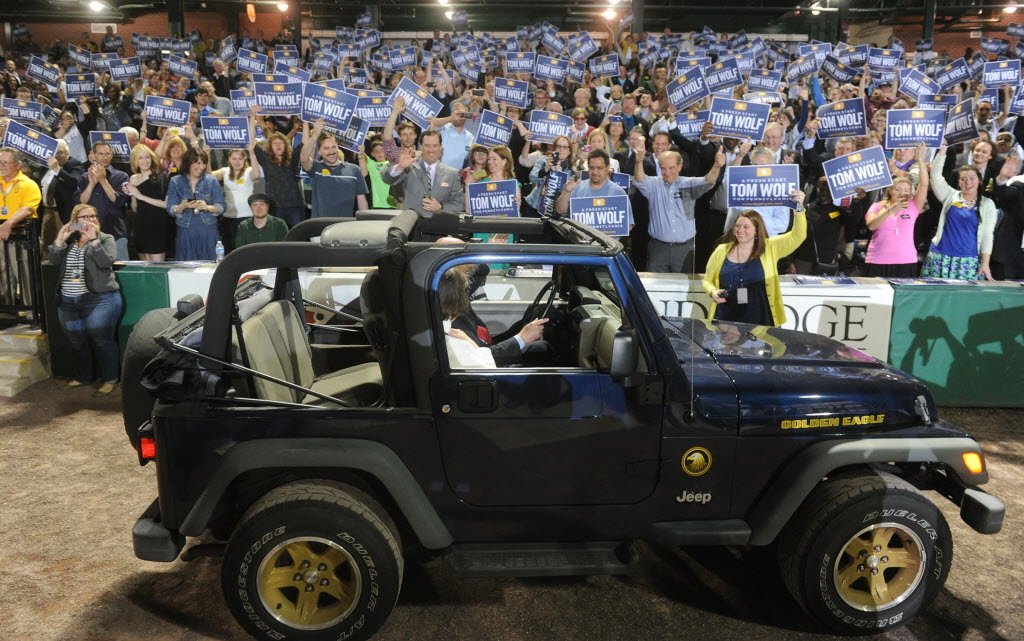 On the eve of the inauguration of Tom Wolf as governor of Pennsylvania, it’s an appropriate time to bring up a vehicle that helped him gain the driver’s seat of state governor. That would be Tom Wolf’s Jeep, popularized, in part, by a Twitter handle so named and its presence in several campaign ads. And face-to-face public appearances, too. Here, a crowd greets Wolf and his wife, Frances, as they motor into Santander Stadium after winning the Democratic gubernatorial nomination on May 20. Also of interest: Check out these stories and photos about York County’s Tom Wolf.

York County and the Jeep go together like a grooved tire on a wet road.

The history books say that the Jeep’s design came from York-Hoover, maker of bodies for a variety of government vehicle uses, in the late 1930s. But another contract came in – for horse vans – and York-Hoover passed on actual production of the vehicle. So York County missed on this one.

For decades, the Jeep has been popular around York County, for off-road and on-road purposes. You’ll see them at vehicle shows and military vehicle meets (see below). Its utility and endurance have long matched the vehicular tastes of  York County’s population.

When he ran for Pennsylvania’s governor, someone in his campaign saw Wolf’s Jeep as an effective marketing prop.

The Jeep gave its driver an everyman quality that would – and did – appeal to voters.

Those who know Tom Wolf are aware that he’s approachable and down to earth. But how to you convince a state full of voters that a millionaire can be such a nice guy?

Check out this video and photos of Wolf’s Jeep and others around York, Pa.:

The Jeep – and winning candidate Tom Wolf – appear on Election Night in November 2014. For an interesting profile on the Jeep, check out the Philadelphia Inquirer’s story:  A winning ride on Pa. governor’s campaign trail: ‘Tom’s Jeep.’
+++

Here at Wolf Party Central in York, PA, pose with the @WolfForPA himself in everybody’s favorite Jeep @mcall pic.twitter.com/jm6X0QNcAk

Wolf’s Jeep was used in all kinds of ways to promote its driver. This cutout – or one like it – will be used for photo ops at the inauguration, according to a Wolf spokesman.
+++

The following is a quick detour – a sampling showing the popularity of Jeeps around York County, Pa. 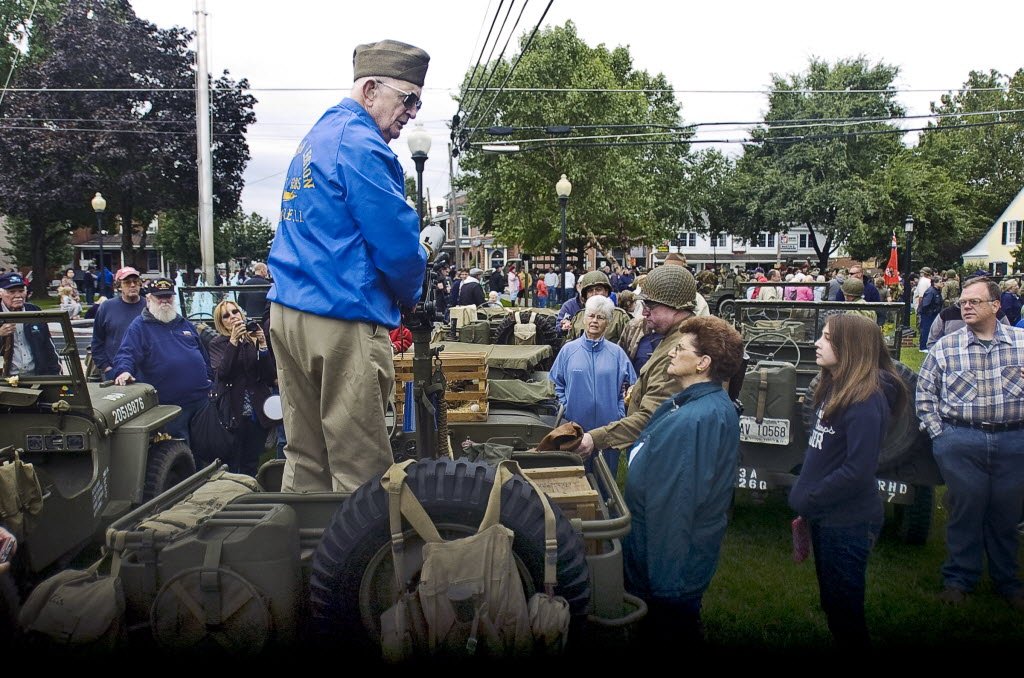 Ted Jenkins stands in the bed of his Jeep at a ‘Liberation of New Oxford’ event. This was the Jeep he rode in while serving in World War II.
+++ 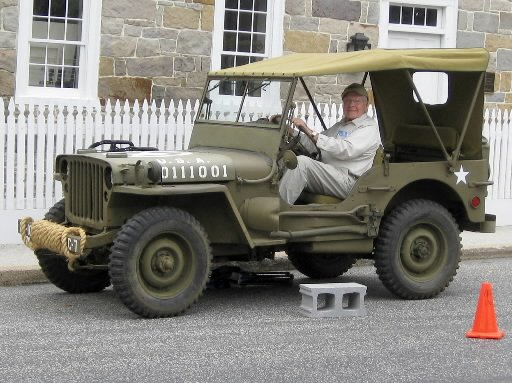 George Port of Shippensburg, who endured the Battle of the Bulge, is shown at World War II Veterans Appreciation Day at the Dillsburg Tavern. 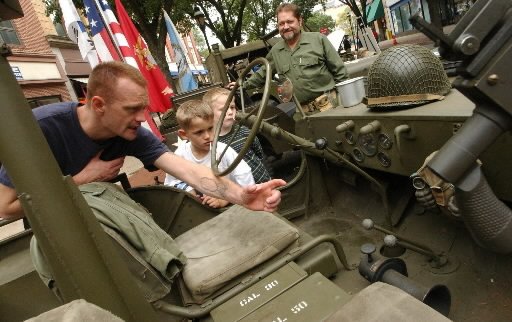 In an exhibition of military vehicles in downtown York, this  Jeep, owned by Steve Heffner, was on display. It was labeled as a 1941 Willys Overland General Purpose Vehicle. 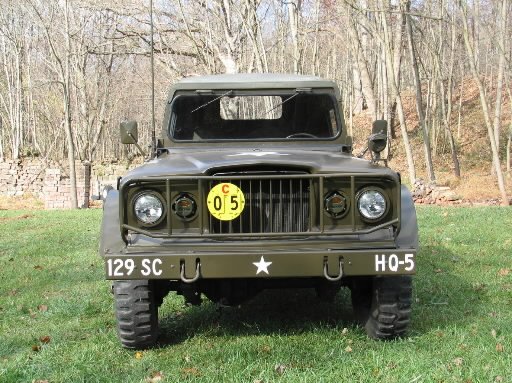 Conewago Township’s Ronald Boltz restored this Kaiser military truck. ‘These were produced in 1967 and 1968 by Kaiser Jeep, and are relatively rare as military vehicles,’ Boltz wrote, in submitting this photo to the York Daily Record. ‘They served in Vietnam with the Army, but all branches of the service had a few of these. In the late ’70s, most were given to the forest service and to fire companies, where they were heavily modified for street use. I’ve spent the last 16 months searching for parts and restoring the truck to its military configuration.’

But to the main road and York County’s – and Pennsylvania’s most famous Jeep … . 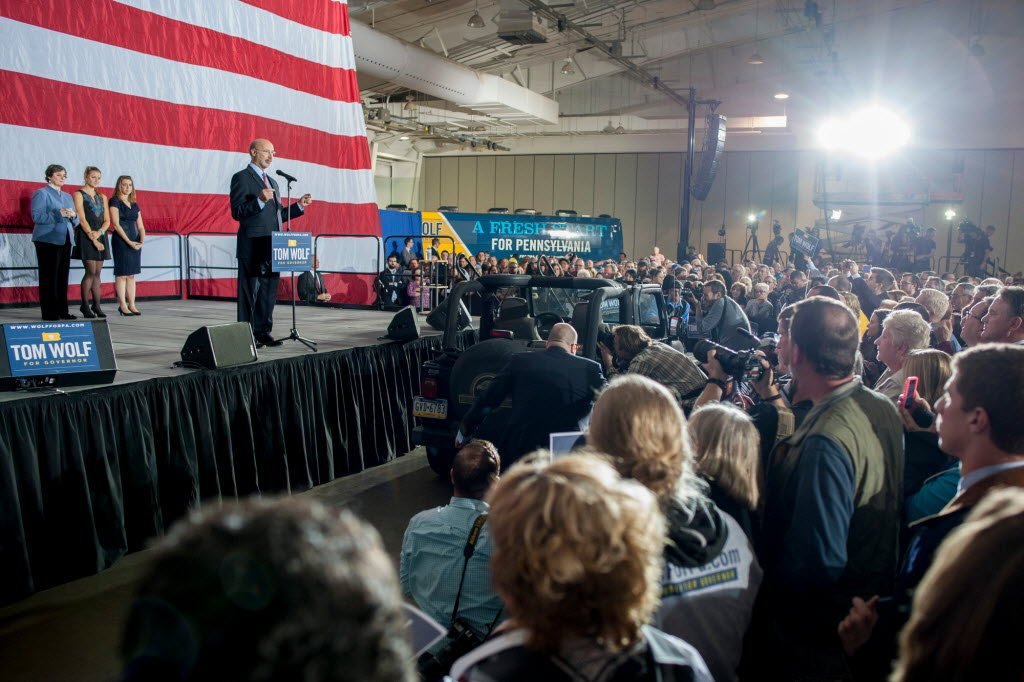 The Jeep is right there as Governor-elect Tom Wolf takes the stage at his victory celebration at Utz Arena at the York Expo Center on Nov. 4. One wonders whether it will reappear at other times during Wolf’s tenure.