York County’s Judicial Center opened 10 years ago. Can you believe it? 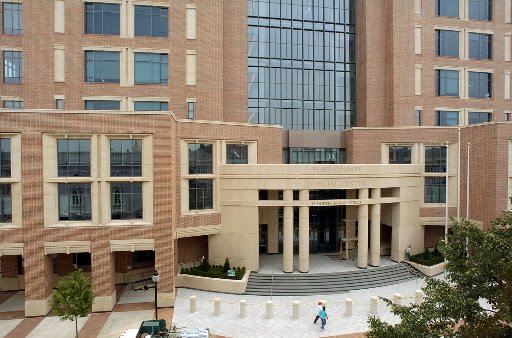 The entrance to the York County Judicial Center leads to a grand experience in the building’s tall atrium. The judicial center opened 10 years ago in October, 2014. Also of interest: York County Courthouse, now Administrative Center. What do you call it?

Time passes fast. It’s been 10 years since the York County Judicial Center opened, replacing the 100-year-old county courthouse as the home to the county’s court system.

Here is the short York Daily Record story run the day of the dedication, Oct. 2, 2004, plus 5 more photos of the judicial center and old courthouse:

“The formal dedication of the new York County Judicial Center will be today at 1:30 p.m. at 45 N. George St.

“North George Street will be closed between Market and Philadelphia streets for the event, which is expected to last until 5 p.m.

“People are welcome to bring their cameras, but no cell phones will be allowed in the building.” 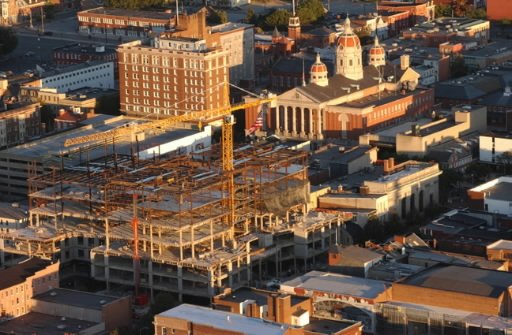 This November 2002 scene shows the judicial center under construction. That’s the old courthouse with its familiar domes nearby. 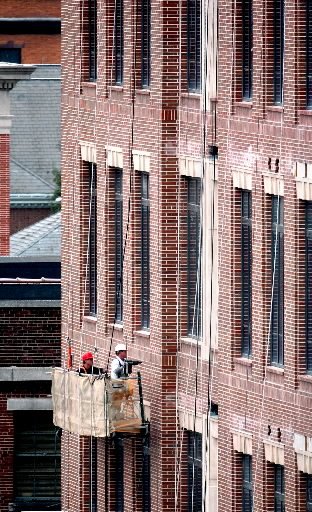 This 2006 photograph shows workers replacing flashing on the $69.5 million building. Flaws in the original construction has caused several visits from workers to fix the problems – in this case rain water was seeping into the building. 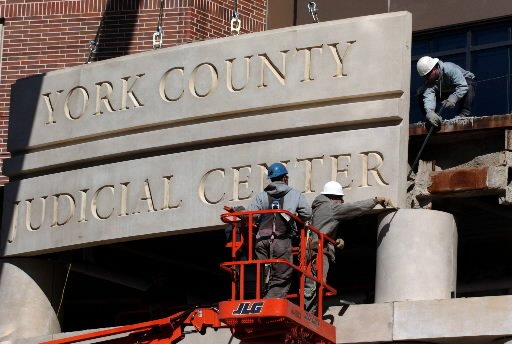 That sign on the entrance of the the judicial center? It weighs eight tons. The scene comes from February 2004.  The building has more than 1,000 signs. 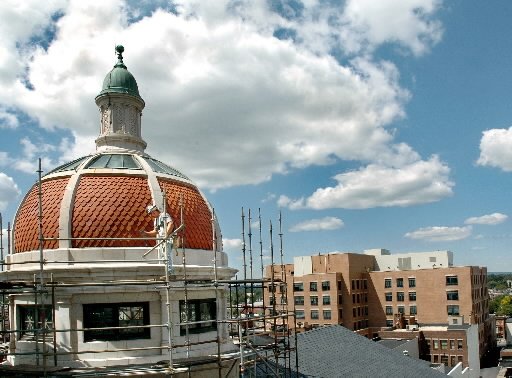 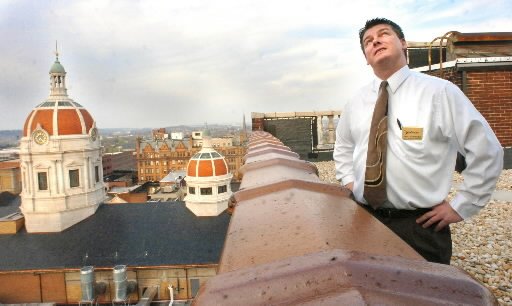 That’s the Yorktowne Hotel’s guest services manager Karl Munscher looking up at the flagpole on the roof of the hotel. ‘He holds that the hotel is still the tallest building in town, despite the addition of the new York County Judicial Center,’ a caption on this photo states. For a brief discussion on York’s tallest buildings, check out: Skyscrapers.

Here’s a discussion about how the Judicial Center has helped shift the center of York City.