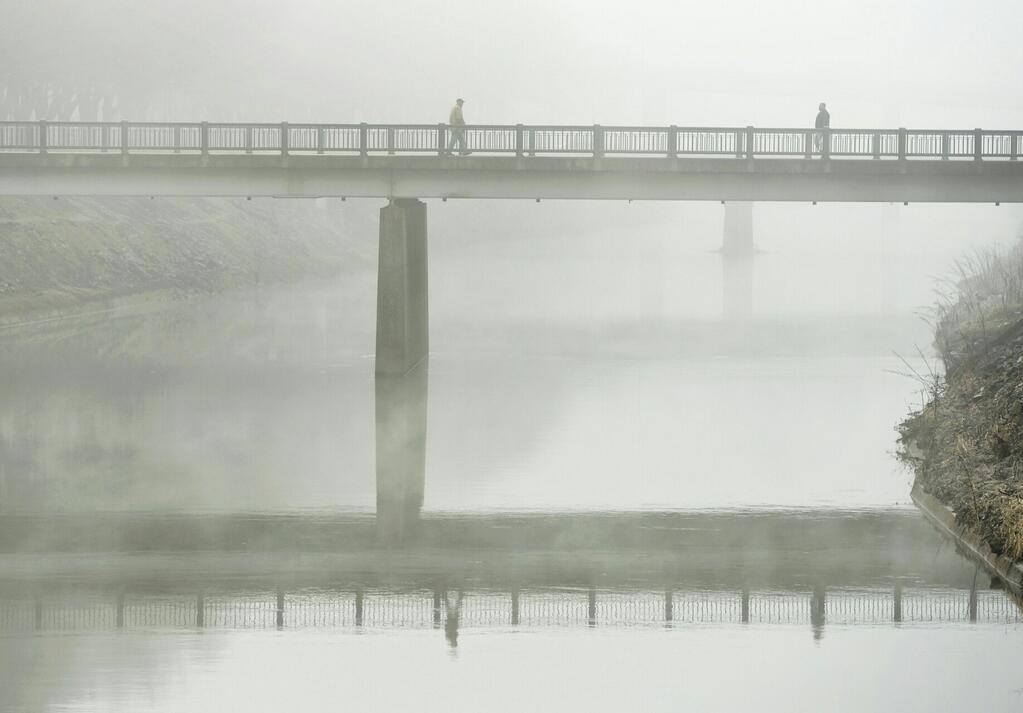 YorkTownSquare tracks bad weather/bad geological days throughout York County’s history. We’ve covered floods and droughts and earthquakes and blizzards (see the result of such a heavy snow below). In fact, earthquakes and tornadoes are relatively rare around here, but we’ve seen those, too, in the past 10 years. But we’ve not commented on fog, up to now. With our hills and valleys and waterways, we have a share of those low-hanging clouds. Such as this week, when a fog advisory was in effect. Here, two people cross the Codorus Creek on the Princess Street Bridge.  See this short video on this week’s fog. To get an idea of York County’s bad weather moments in history, check out: Bad weather in YC.

In York County, we shouldn’t complain about the weather or other natural or man-made events, though. I’m in Pasadena, Calif., right now, and there is a major fire in a park that is throwing ash all over the place (west of here).

Earlier this week, Fontana, where I lived for six months in the 1980s, was shaken by an earthquake.

Which brings me to a memory of the Whittier quake that struck when I was living in Fontana. It shook our house in the middle of the night.

I dismissed it as a little quake, but it was about 6.0. Not a little one. I obviously didn’t know much about earthquakes.

Neat photos from all over … . 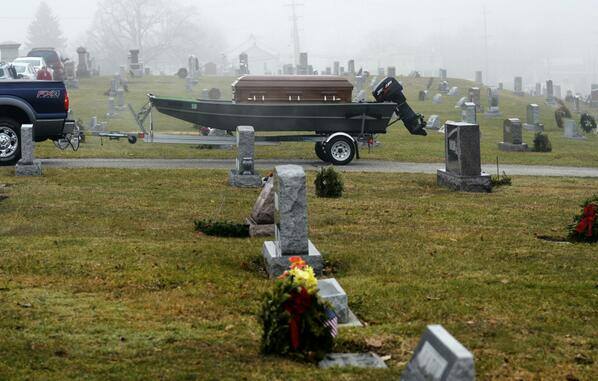 Not an everyday site: Outdoorsman Ronald Bloss Sr. was an avid outdoorsman. So a boat was the natural conveyance for his final journey. 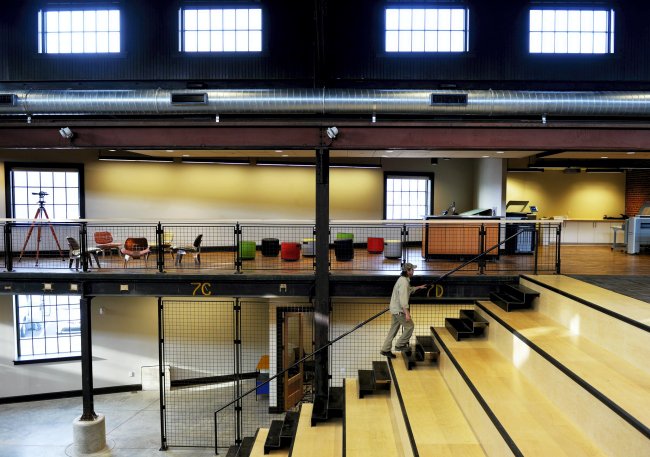 Thos. Somerville Co. was in this building for years. Then the plumbing supply warehouse was vacant for years. It’s now headquarters for LSC Design, an architectural firm headed by Robert Kinsley II. 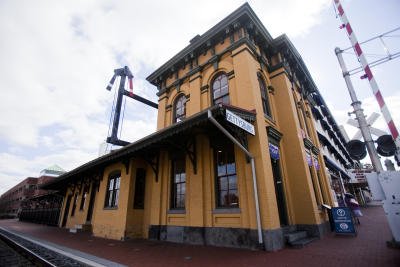 The historic Gettysburg train station is rolling toward inclusion in the Gettysburg National Military Park. Legislation pointing that way just passed the U.S. House. This is where Abraham Lincoln arrived and departed Gettysburg.

History mystery photo: Identifying the location of scenes in photographs of big snows from ‪#‎Yorkpa‬’s past is often challenging. The snow often covers landmarks used to ID the site. In this case, though, the houses might give it away. Can you locate this snow scene? (Answer: http://goo.gl/5Jh8bL).