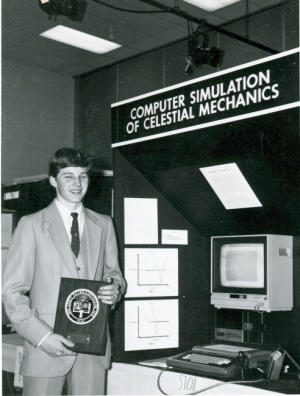 The York County Science and Engineering Fair has become a rite of March in York County, Pa., Schools. It follows the school fairs, so it features the best of the best. A York, Pa., Daily Record/Sunday News story recounts the story of the fair, which goes back to 1984. Thought that was the fair’s first year, it doesn’t mean science instruction wasn’t done in York County Schools. Check out the list of prominent scientists who come from York County, many with international reputations, as proof.  One science teacher told the YDR that some York County students have moved to the national level  – ‘a rare chance for kids to be treated like “rock stars.” Here, Chris Helgesen is shown with his award from the first science fair in 1984. A list of past winners can be found: YCSEF.com. Think Rocket Boys. Also of interest:  Add Larry Bowers’ name to long list of scientists with York County, Pa., links.

On the topic of high schools, a movement that started in York County and spread nationally has returned to the county.

The Buddy Bench, popularized by Roundtown Elementary School student Christian Bucks, is a movement to combat bullying and promote friendship.

A York Daily Record story tells about its spread to Lincoln Elementary in the city and the Red Lion School District.

The Buddy Bench is not a science project, but it is decidedly a social experiment – one that is working. 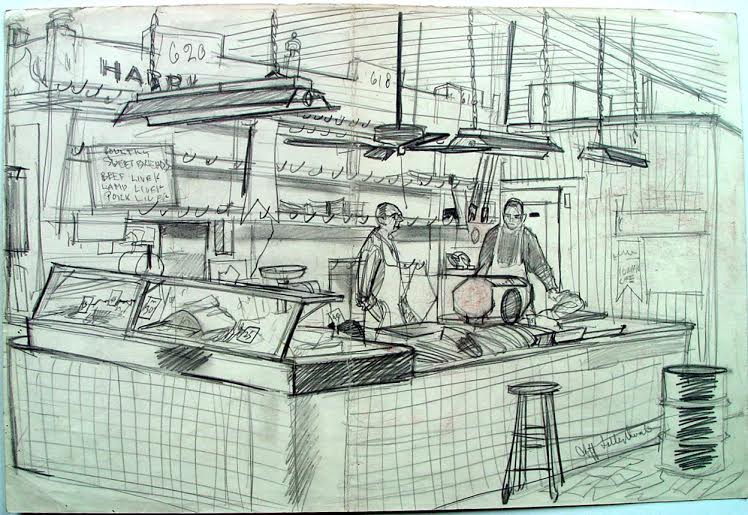 The Central Market, like the Columbia-Wrightsville Bridge, is a favorite of photographers and artists. Here, Cliff Satterthwaite portrays the market in 1968.

Dale Wentz of Salem, Ore., is on the hunt for information about Red Lion, Pa., cigar makers – T.E. Brooks, VanSlyke & Horton and others.

“… I have been trying to learn what I can about them and the specific manufacture methods and machinery, ‘recipes’, etc., for making this type of cigar (sweet rum crooks). I did not discover the brand “Spanish Maid” or “Moonshine Crooks” until perhaps 4 1/2-5 yrs. ago, bought some online from an online retailer … and they turned out to be the most wonderful smokes I ever stumbled across.

” … (U)ntil I started actively researching this topic, I had no idea that there was once apparently a universe of different brands of this style of cigar. Do you suppose there are any retailers in your area, or perhaps warehouses, that might still retain some left-over inventories of any of these brands by the above-mentioned manufacturers?

If you can help in any way, contact Dale Wentz. One hundred years ago, Red Lion cigarmakers were producing millions of smokes a year.

+++
History Mystery: This is the “before” photo. What landmark is in a much-improved state as an “after” picture?