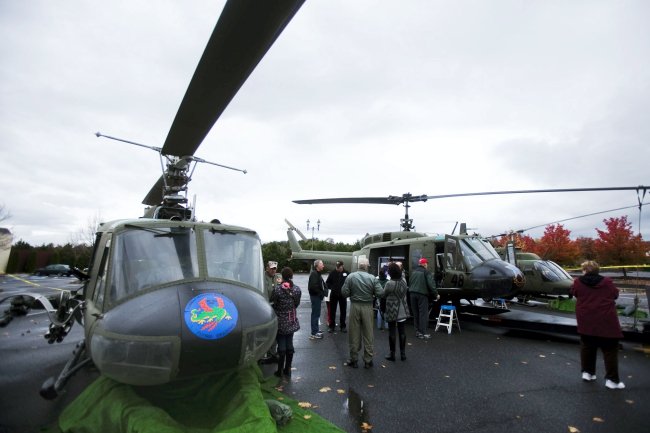 The North Carolina Vietnam Helicopter Pilots Association helped kicked off Veterans Day, 2013, with a display of a UH-1H gunship, a UH-1C medivac helicopter and a OH-58 observation helicopter in Gettysburg. They were exhibited at the Outlet Shoppes in Adams County last week. For more, check out the Hanover, Pa., Evening Sun’s Blue Star reunion. Also of interest: York County’s Vietnam War deaths adjusted to reflect those in theater of war. But sacrifice is still immense and York County Veterans Day memories found everywhere.

In observance of Veterans Day, 2013, here are the best of links around York/Adams:

– A gallery of photos from Sunday’s Veteran Day program in York.

– Check out the Washington Post’s list of fascinating war photos from various wars.

– Ever hear of the Doolittle Raid? Well, here’s a final toast to that famous military maneuver after Pearl Harbor.

– This map shows those fallen in Afghanistan and Iraq from York/Adams. 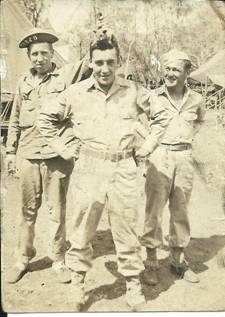 Frequent York Town Square contributor Gary ‘Pappy’ Heiland sent in this picture of his brother, Harry H. Heiland, circa 1942. It was sent from somewhere is the South Pacific. His companions are unknown. But Gary is more certain about this:  ‘It looks like a Lemur they have on his head.’ Gary added: ‘When Harry was drafted he never got home until the end of World War II. I know he was on Tarawa and some of the Philippine Islands during his service in the army but I don’t know where this was taken.’