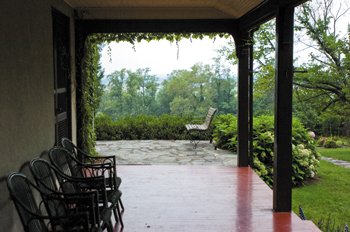 This Hanover-area porch has been well-used over the years. This porch with a view is part of the Gitt Mansion, now a library and wedding venue on Hershey Hill outside Hanover. This is the former home of York, Pa., Gazette and Daily owner J.W. Gitt. His library, focusing on the Cold War era, is largely intact. His papers are also available for scholars to review. A YorkTownSquare story about the mansion – You can look down and see the town laid down before you – scored No. 6 in the top 10 list of posts on the the blog in 2014. Also of interest: Most viewed YorkTownSquare.com posts from 2012 and 2013.

YorkTownSquare.com readers accessed almost 500,000 pages of content in 2014. That’s more than one-third above the previous two years and attributed to the growing popularity of social media as a way to share rich stories about York County’s past.

As usual, stories and photos about buildings and places are most popular, scoring 7 of 10 spots.

YorkTownSquare.com readers aren’t as curious about famous, infamous and everyday figures in York County’s history. But a goal in 2015 is to present these personalities in a way that helps York countians want to discover more about people from our past.

Other bloggers in our suite of 5 Yorkblog.com writers have seen significant growth. The five of us topped 100,000 monthly page views for the first time in 2014.

So without further delay, here are the top 10 YorkTownSquare.com blog posts in 2014:

3. York Town Square-Check out this list of York County’s most notorious criminal cases in past 50 years

4. York Town Square-Check out the top 10 most viewed Yorktownsquare.com posts in 2009

6. York Town Square-Hanover’s Gitt Mansion: You can look down and see the town laid down before you 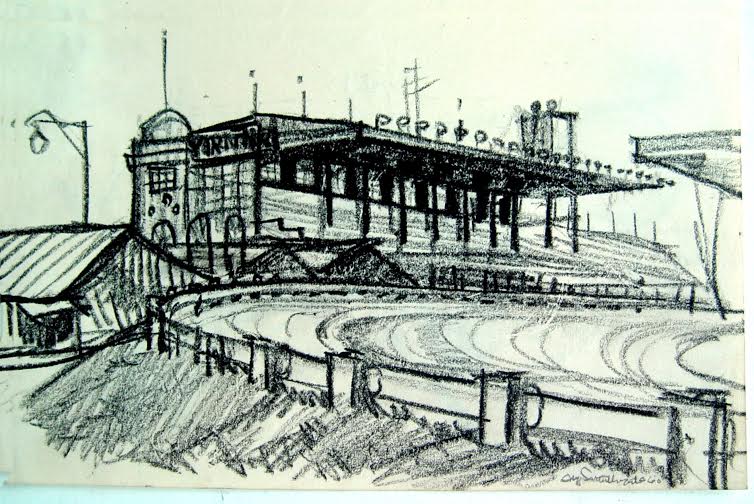 In 2014, I posted numerous works by former York artist Cliff Satterthwaite. The Virginia resident has work documenting three decades or more of York County people, places and things. He came to York late in the year for a reception. In 2015, I plan to continue profiling more of Cliff’s work, such as others in this series on the 1960 York Fair, the fair in which presidential candidate John F. Kennedy attended. Cliff Satterthwaite now has his own category on this blog.