York County, Pa., mystery artifacts: Can you ID this puzzling stuff from days gone by 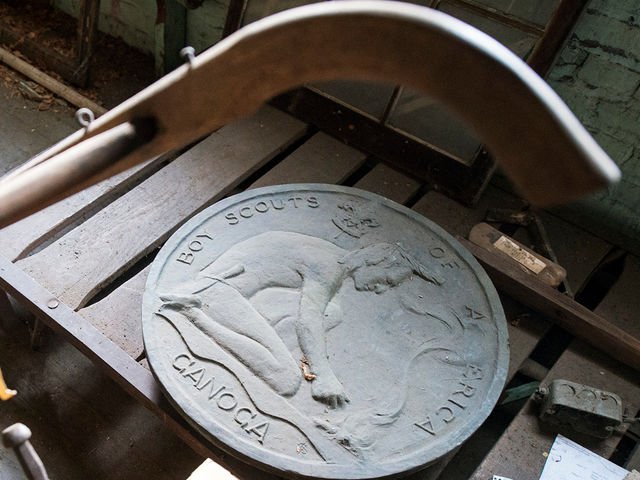 This plaque comes from the old Ganoga Bridge that carried the Susquehanna Trail across the Conewago Creek near York County’s Strinestown. The beautiful bridge is gone, replaced by a kind of sterile, modern structure. The old bridge displayed plaque on each end and 12 light standards representing the 12 Boy Scout laws as a tie-in to the nearby Boy Scout camp of the same name. One of the plaques is the property of Boy Scout Camp Tuckahoe. The other, pictured here, is part of the York County, Pa., Heritage Trust’s collection. It’s also one of six questions that are part of a quiz of such items under Heritage Trust ownership. So we’ve given you one answer. See how you do on the other five! Also of interest: Old Ganoga Bridge had interesting architectural features and Stately Ganoga Bridge came down in 2012.

This is interesting. An eastern Pennsylvania man is seeking a pardon for his ancestor, who broke federal law by harboring runaway slaves before the Civil War.

Beautiful skies: The sunset and sunrises have been beautiful recently. Check out readers photos on YDR’s Facebook Page. A sample is below.