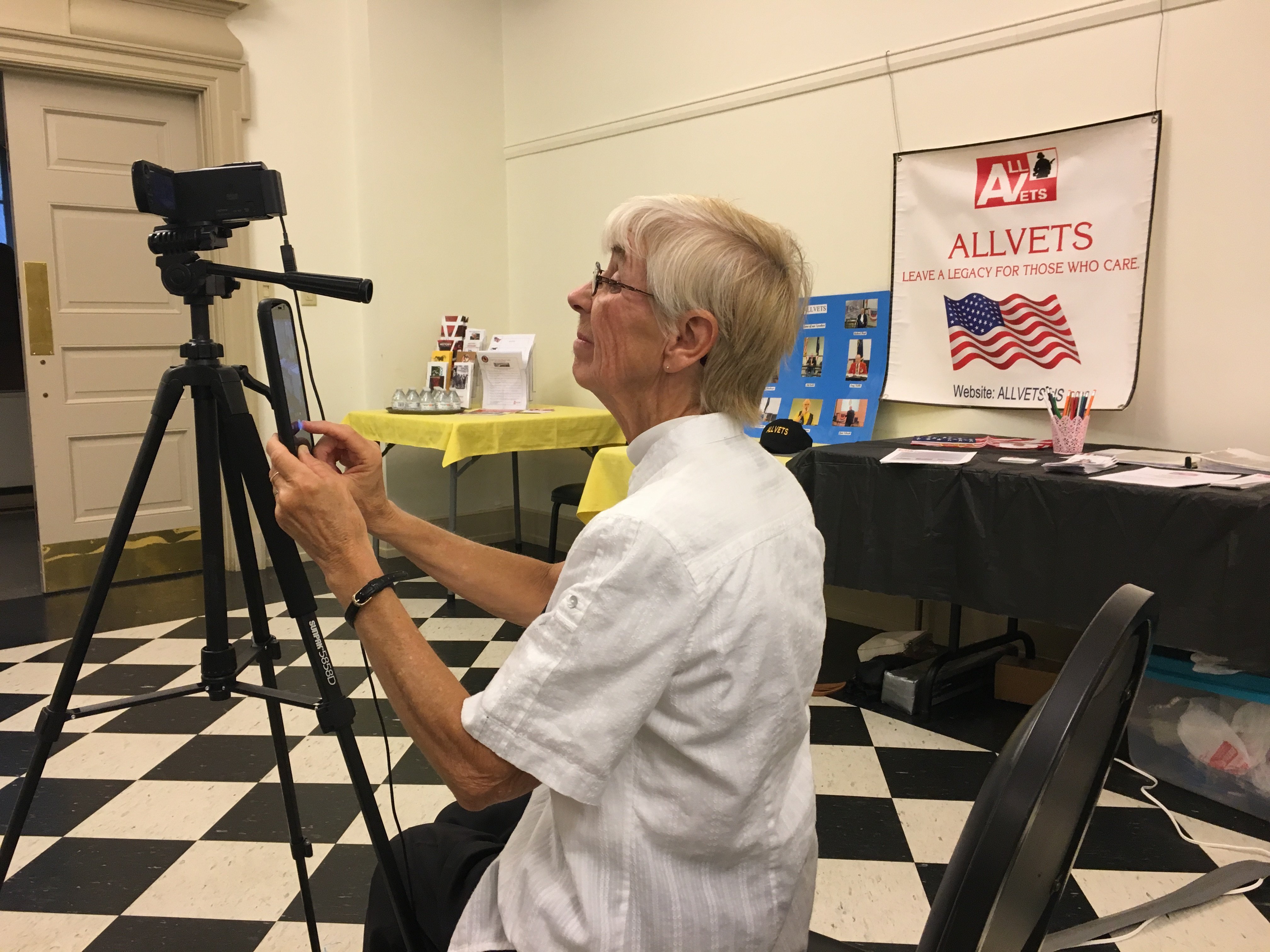 I attended the July ALLVETS meeting in York thinking there would be two stories there.

And I found them.

There were the riveting tales from Harrisburg’s Jim Imperato, whose official Vietnam War military job description was titled “Tunnel Rat.”

He was 99 pounds and “5-feet nothing,” so the South Philadelphia native was assigned to go into underground fortresses in Vietnam, clearing out rifles and looking for enemy either in hiding or lying in hospital beds.

He went through more than 20 of these complexes, some five levels deep and equipped with dead-end tunnels that led to booby traps. Some had kitchens, hospital facilities and wells.

He did all these investigations armed with a sidearm and Army-issued flashlight.

When these inspections were completed, he would obliterate the entrances and exits with explosives.

Today, he has a myriad of illnesses from exposure to Agent Orange and other effects from his time in Vietnam.

He talks to school students about his experiences. And organizations like ALLVETS.

Vietnam veteran Jim Bean started the ALLVETS initiative in 2015, with the goal of capturing oral histories from York countians who served in uniform since World War II.

Programs every Fourth Wednesday at the York County History Center have become one venue to capture these stories.

ALLVETS deploys two cameras and makes two videos – one for the vet and one for the history center’s archives.

As for the stories, ALLVETS website says: “Some have humor and some heartbreaking. This is not just about their service; it is about who they are.”

Bean, a member of the 1st Battalion 9th Marines and a Purple Heart recipient, died in 2017.

He wife, Linda, honored his work with ALLVETS.

“I continued it,” she said after July’s meeting.

And that’s the second story of the evening:

Linda Bean’s dedication to moving her husband’s vision forward so stories about the bravery of Jim Imperato and others are available for future generations.

The last of 600 National Guardsmen left York on July 28 after order was restored in the 1969 race riots.

But the K-9 Corps, the police dogs that catalyzed the race revolts, remained until 1973.

The dissolution of the K-9 Corps was at the top of the black community’s list of abuses.

The city’s continued use of police dogs in the 1960s reminds you of a theme from Spike Lee’s film “Do The Right Thing,” an idea passed on to me from a community member as we left a screening of the classic at the Capitol Theatre in June. If the pizza shop owner had just done the right thing and removed the white-only pictures on his wall or at least put up black heroes, too, the film’s end marked by racial unrest might have been different.

So here’s the question: Is there one thing that can be removed, changed or improved today that would move York County ahead on the race front? Is there a right thing the community needs to do?

Why was this Springettsbury landmark built?

Then Dr. G. Emanuel Spotz, purchased the mansion from the club in 1923.

Dr. Spotz was the great-grandfather of well-known York County educator Shelly Riedel, who recently emailed about her family’s long association with this Dempwolf-designed place.

Her email is excerpted here:

“My great-grandfather was a real character … . He was also one of the original donors to the construction of the Yorktowne Hotel, as I discovered in a preserved newspaper that used to be in the lobby.

“My grandfather, Thomas Monk, Jr., was a very active engineer in York. He lived there until he moved into a Barley assisted living situation following a stroke. The house was special to all of us who enjoyed large family dinners in what is now the conference room.

“I never realized until the family homes on both sides of the family were sold (my mother grew up in a large home up on the hill overlooking Goldsboro) how important those memories are to me. They are very special places where people lived, grew old, and passed away – generations of them. These homes of my ancestors will always hold special memories.

“He (the owner) showed me around and has kept much of the inside intact,” she wrote. “His recent restoration of the sunroom is wonderful and as I remember it.”