York County hosts local boy who made good: Linked in to history, 1/17/13 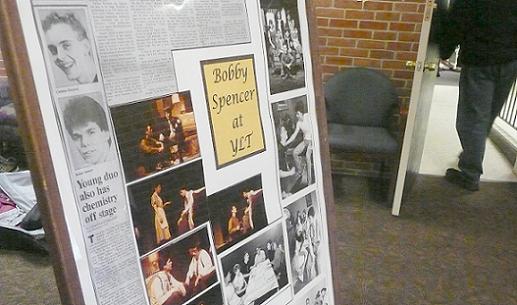 Robert Spencer is one of those local boys who made good who is better known in the U.S. than his hometown. Well, his hometown of York County will have a chance to see the Central York High School grad perform. He hasn’t performed here in years, but he’s at the Strand-Capitol tonight. A Flipsidepa.com story says Spencer has gained Broadway fame in “Jersey Boys” and “Next to Normal.” He spent some time this week at York Little Theatre, another example of a person of accomplishment who has come back to York County. Here, Robert Spencer’s clippings are seen over the years, courtesy of the York Little Theatre. (See list of additional York County achievers below.) Also of interest: Check out this list of local folks who have done good, courtesy of Central York’s Mark Zortman.

‘Front Porch to Front Lines’ exhibit has closed at the York County Heritage Trust, and its replacement is being staged.

According to a Flipsidepa.com story, the exhibit shows York County’s Civil War history through those who lived it. The exhibit will tell about the buildup to the Civil War and the Battle of Gettysburg.

The battle took place 150 years ago this July.

First Amendment advocate dies: The Rev. Jim Grove, who died recently, made many enemies over the years in pursuit of First Amendment rights. His tactics often offended folks.  You can find capsules of his protests at: York/Adams First Amendment case list grows and Who are York County’s most influential citizens?

Interesting, after his death, an atheist wrote about Jim Grove, saying his encounters with the pastor were always respectful.

Forum of the day: Exchangers are discussing a Perdue soybean oil extraction facility in Lancaster County, with reported implications for York County: Chickens Provide the Real Scoop on Perdue.