York County Courthouse, now Administrative Center. What do you call it? 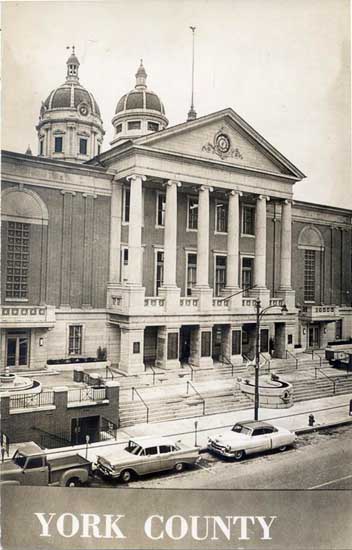 Bill Schmeer, a veteran observer of the York County scene found this post card of the old York County Courthouse. He sent it along with this note: “This is very clever.  What did your town look like according to Penny Postcards? Check out your old stomping grounds during the times of the penny postcard.” This photo was taken after 1959, when the wings were added to this East Market Street structure, designed by York’s own Dempwolf firm. For more postcards from York County and across the nation, visit: Penny Postcard. (See another postcard from that collection below.) Also of interest: Part II. What’s a deltiologist? (Hint: It has to do with postcards.)

In an interview this week, York County Commissioner candidate Bob Wright referred a couple of times to the 1898 building in the photograph above as the York County Courthouse.

I must confess that I still call it the York County Courthouse.

Are you still stuck on this East Market Street building as the York County Courthouse?

You only have a 100 years of history to back you up. 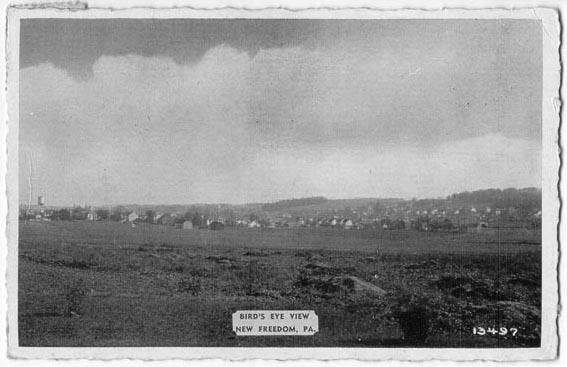 This is a rare view from the Penny Postcards, a USGenWeb Archives Web Site. This shows New Freedom from a hill.