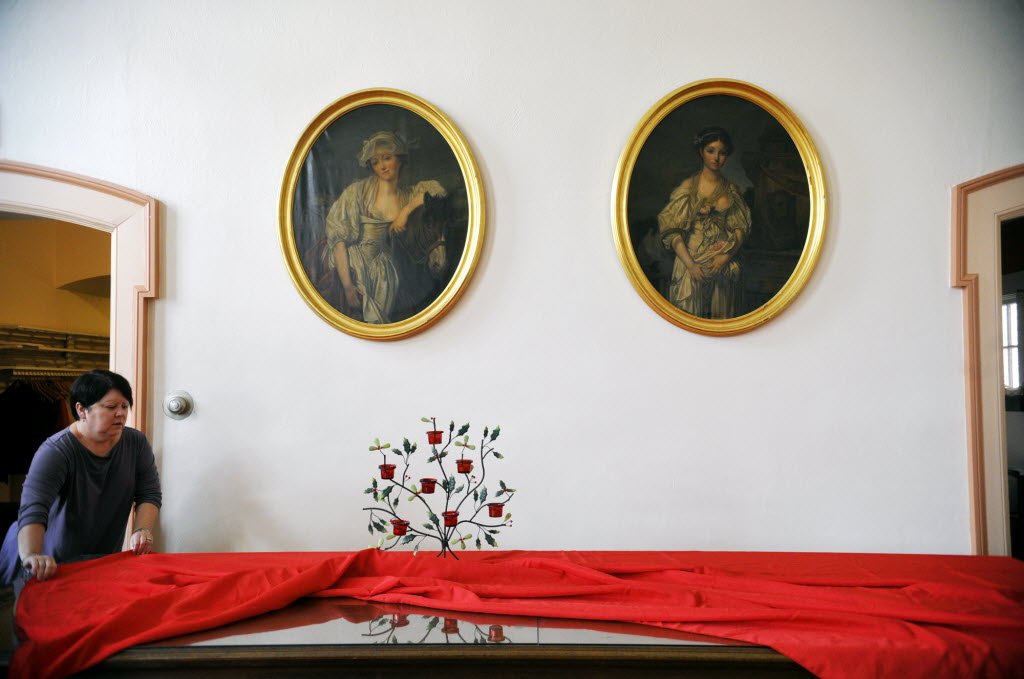 The Women’s Club of York met at 228 E. Market St. for decades. But the organization that once topped 600 members declined fewer than 100. The club couldn’t pay the bills, so it sold the ornate building to private residents and received a free lease and utilities for 10 years. The Women’s Club is not alone in addressing a dwindling membership. Background posts: Restoration planned for fire-damaged Women’s Club, York’s Wonder Women: The stories of four more movers and shakers and Histories attempt to fill blanks in women’s, black history. 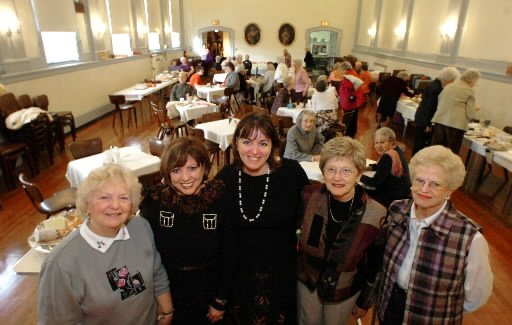 The ornate dining and meeting room in the Women’s Club of York is seen the background of this photo showing, from left, Jacquie Sutton, Bernadette Free, Jennifer Salzano, JoAnne Peters and Barbara Sullivan. Salzano and her husband, Eric, own the building.
And many of those that still meet are struggling. The same people are saddled with an ever-increasing workload.
For decades, Quota International of York joined its sister organizations throughout the world to help deaf, hard-of-hearing and speech-impaired individuals. Locally, the club also aided Windsor Pointe, the Margaret E. Moul Home and the York County Nursing Home at Pleasant Acres. The emphasis here is on “sister” because the international organization came about in 1919 in response to men-only clubs. Quota provided a forum for women to network.
Former men-only organizations have accepted women in the past three decades, in a sense removing a foundational reason for Quotas and like organizations to exist.
+++
Of course, other forces are playing on the graying and closure of longtime service organizations.
Blame it on longer commutes resulting from the closure of factories in small towns. People are forced to find work elsewhere.
Perhaps it’s the growing fascination with electronics – video games and computers – that sometimes fosters individualization rather than build local community.
The growth of youth recreational sports, with road trips and games at all hours, bite into discretionary volunteer time.
Coincidentally, Wanda Frey Joiner founded Quota International. Well, Americans are losing that sense of joining, leaving many to go bowling alone.
+++
What options remain for the AARPs, senior citizen centers and other venerable organizations that for years have helped stitch together community fabric?
It isn’t easy, but some groups have to turn their old ways on their heads. If they meet weekly, maybe they should try monthly. If they meet monthly, maybe they should try weekly, or bi-monthly.
If they have annual projects that no longer work or no one wants to lead them, they should try new ideas.
They should take advantage of the Web features that do build community with regularly updated sites communicating with their membership and publicizing their activities.
Further, some clubs have become ingrown and are not welcoming to visitors. That’s an easy one to fix.
And some club members continue meeting socially after a club disbands. Perhaps instead of breaking up, they could become a task force and choose a manageable project, a target date to accomplish it and then recess until that time the next year.
In the end — and it’s sad to say — some clubs might just have to disband so over-committed, faithful members can consolidate their memberships and devote their efforts to other organizations.
Some organizations accomplish many of their initial goals and simply run their course. The demise of the South George Street Partnership could be an example of that.
+++
All these ruminations should not take away from the good work Quota International of York has done over the years.
To Quota members who fought the good fight, we say thank you.