York Central Market’s 125th birthday: ‘This is one story you won’t want to miss’ 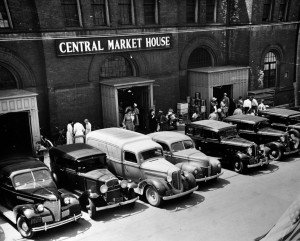 Vendors backed straight in at Central Market in pre-World War II York, Pa. This practice continues today at the Penn Street Farmers Market. This approach tends to block traffic and is not practiced at Central Market as traffic increases on Beaver Street. Notice that this unorthodox parking approach is different from the equally weird back-in angle parking that is designed into Broad Street, several blocks to the east. This photograph, courtesy of the York County Heritage Trust, is part of a ydr.com’s oral history project about Central Market. That’s part of the ydr.com’s ‘Remember’ series. Central Market is undergoing renovations today that eliminate the ceilings over island stands that allow a better view across the markethouse – called it a better view of the ‘marketscape.’ Also of interest: York’s Central Market sells steak … and sizzle.

The 50th installment in ydr.com’s oral history series ‘Remember’ was the iconic Central Market. And it drew a slew of memories.

Here’s one from Beverly Neff of West Manchester Township: 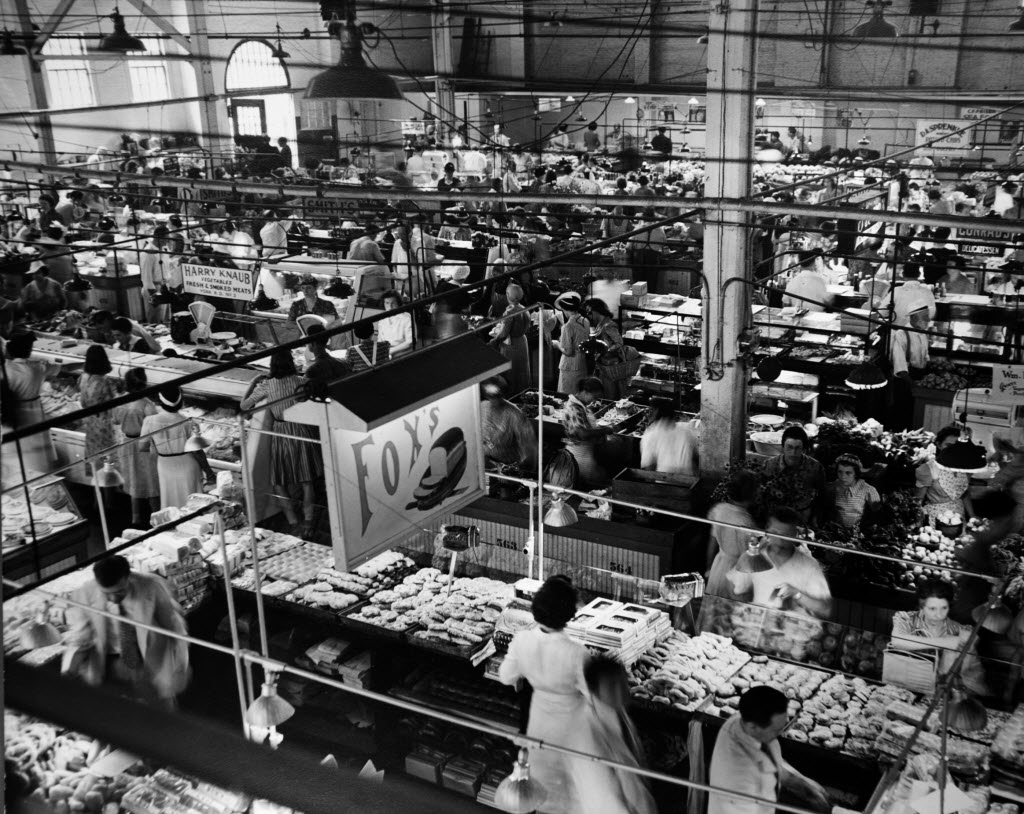 The Central Market from on high. (See more slides below.)

“In 1950, I worked in the Central Market House for Charles Burnside Sr., founder and owner of Maple Donuts. Every Saturday, he would deliver 50 dozen doughnuts to the market stand. The five choices were glazed, powdered and granulated sugar, coconut-dipped and creamed-filled. Doughnuts sold for six for a quarter or 50 cents a dozen. Fifty dozen doughnuts amounted to $25. I worked from 7 a.m. until all were sold, which was usually around 12 noon. I earned 50 cents an hour in wages for five hours. The money was kept in a cigar box, and I was allowed to keep $2.50 and just put the box with the money under the countertop along with the empty trays. And Charlie would stop by in the afternoon to collect them. Back then, all the doughnuts were hand mixed, rolled, cut and deep fried by Charlie. He lived in an apartment over the doughnut shop with his wife and two young children in the 200 block of West Market Street. Charlie’s dream was to have a chain of Maple Donut shops scattered throughout York County. I have many happy memories of all the wonderful people I met in the Central Market House.”

After the story ran in the York Sunday News, this was a typical reaction:

“I loved reading Leigh Zaleski story that captured Central Market York of yesterday. Reading everyone’s memories made me wish I could go back in time for just a day. And I learned so much. To think that one butcher slaughtered 35 steer and 120 hogs a week. WOW! That’s a lot of meat. This is one story you won’t want to miss, especially if you grew up in York County and went to the market as a child. The story is rich in details about life back then.”

Dick Jacobs’ memories of the market.

And here’s a bit of Central Market history, from the story run in connection with the market’s 125-year anniversary:

“As the town’s population grew, so did a need to have a public market. J.A. Dempwolf designed the building, which was one of the first structures in York to contain indoor plumbing.

“Central Market York was constructed in 1888 and cost $45,000. The building’s massive timbers were raised by shipwrights in town from Baltimore. The market is 35,000 square feet and consumes almost an entire block.”

A slideshow of black-white-images, courtesy of the York County Heritage Trust.

This is the 50th story in the oral history series, as the York Daily Record/Sunday News indicates in the following tweet from the YDR’s Buffy Andrews:

Other stories in the oral history series:
– The moon landing
– Tropical Storm Agnes
– York County’s cigarmaking days
– The Great Depression
– Blizzards of 1993 and 1996