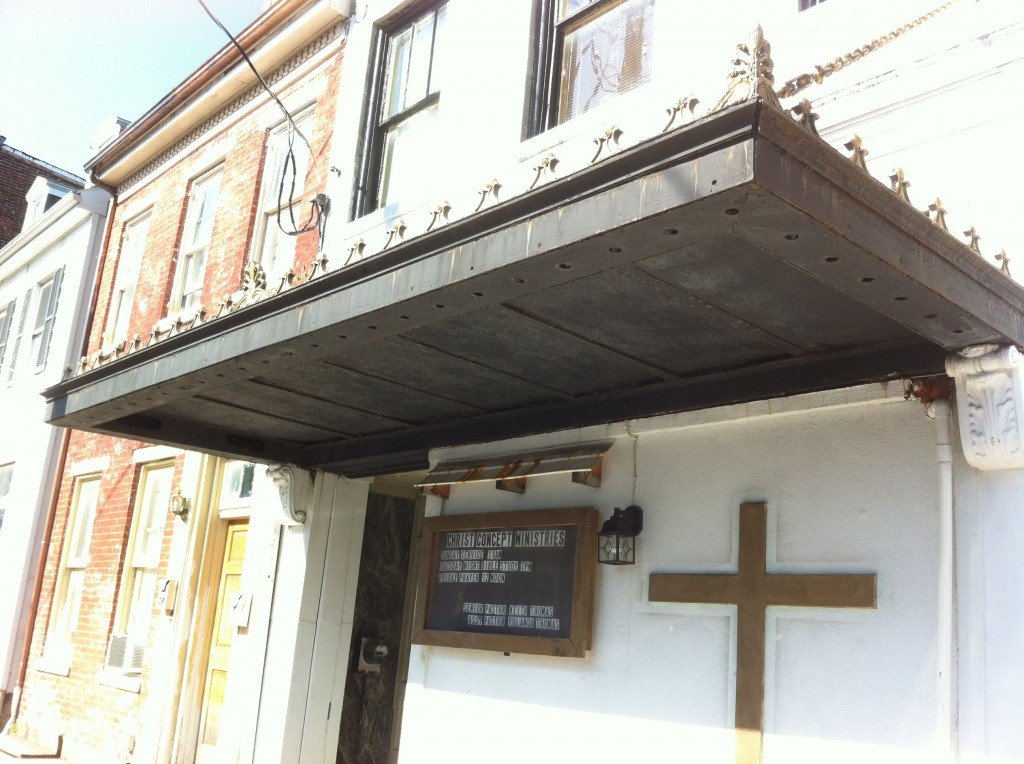 In York, Pa.’s, South Queen Street neighborhood sits a building with a rather elaborate marquee. York Sunday News columnist Gordon Freireich has noticed this for years. So he recently explored why this building, in South Queen’s 100 block, sported such a facade. You can find Gordon’s educated guess about why the building bears the marquee below. But for now, it’s fair to point out that he’s not certain about his answer. Gordon ended his column with: ‘If nothing else, the marquee remains a topic of conversation after all those years.’ Also of interest: Restored Dallastown marquee to signal relocated business.

Booksellers are getting requests for my  out of print York County history book “Never to Be Forgotten.”

This 1999 paperback, published as part of York County 250th anniversary observance,  remains available in hardback. It’s one of three volumes in the “250th Chronicles” gift set. (FWIW, I served as general editor of that project).

The $35 set is available at the York County Heritage Trust, 250 E. Market St.; also, via the Trust’s website. Volume 2, by the way, is Tom Schaefer’s ‘Patterns of our Past’ and Vol. 3 is ‘Builders and Heroes.’

I am contemplating an updated of  “Never to be Forgotten.” 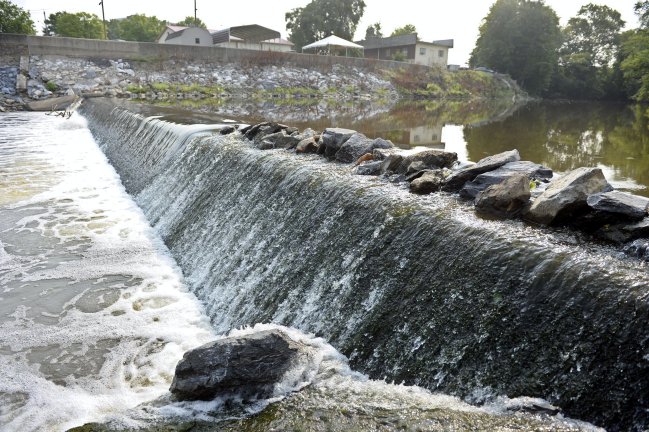 The YDR’s Scott Fisher has undertake a major Viewpoints project looking at lowhead dams in York County. He suggests a solution to mitigate the dangerous undertow caused by the hydraulics inherent with these old structures. More on this in a future post, but for now, check out: Dangerous dams and Pennsylvania’s killer dams. This photo shows the dam at Richland Avenue, York, where two boys were recently rescued.

+++
And this history mystery: Answer is here.

*More from South Queen Street: Gordon Freireich speculates the marquee was constructed by a dry cleaners in that building in the first half of the 20th century. Check out his reasoning: The mystery marquee on South Queen Street. Part I of Gordon’s pursuit of the mystery marquee points out that it has renewed significance. The building is in the Royal Square redevelopment area. 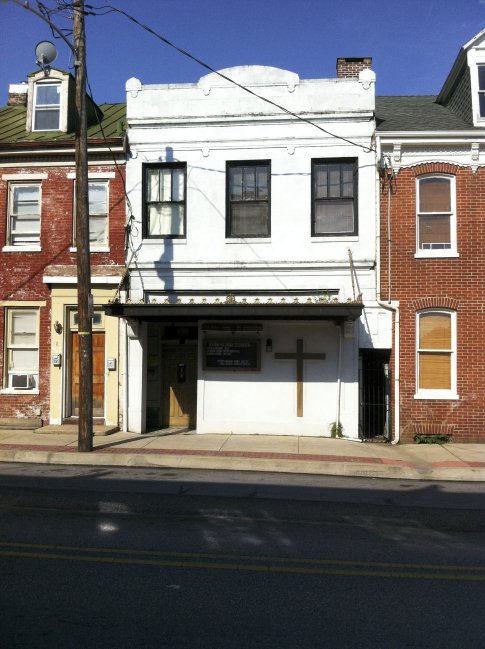 If you know why 116 S. Queen St. in York has this marquee, please comment below.