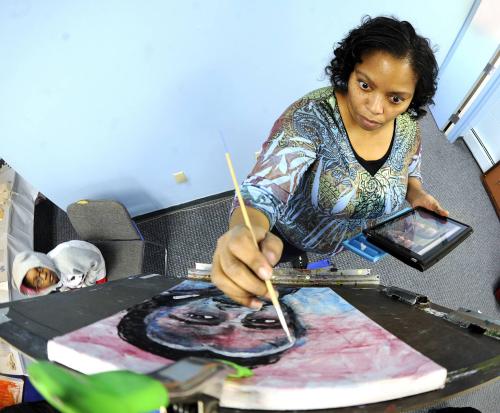 York, Pa., has a lot of working artists. Always has had a lineup of them: William Wagner, Lewis Miller, Stephen Etnier. That’s part of the impetus behind the Creativity Unleashed brand that has been, well, unleashed. (More about that below.) Here, artist Melanie Gaskins brings new technology, her iPad, to old-fashioned free hand art in painting a portrait of Martin Luther King. This illustrates part of the Creativity Unleashed concept: York has been good in bringing technology (often big machines) to bear on problems to create solutions. Melanie’s mural will be part of the National Day of Service observances associated with Martin Luther King Jr. Day being celebrated today. Read more about the mural at MLK Day. Also of interest: Transforming scrap metal into meaningful art in York, Pa.

Columbia, Marietta and Wrightsville are interesting river towns, and the Susquehanna Valley Chamber of Commerce is looking to show them off with a Passport to River Towns program.

“Antique shops, interactive museums, cozy eateries, and shops located off the beaten path are among the venues highlighted in this initiative … ., a ydr.com story states.

Check out the rest of the story at: Passport program.

Environmental threat? – A Perdue soybean processing plant across the river in Lancaster County is causing folks in York County concerns. Participate in the discussion via a Facebook page dedicated to smart growth: SouthCentralPa SmartGrowth.

Battlefield storyteller: Jim Tate, Gettysburg Battlefield guide, was part of history. He died recently after 62 years of telling the battlefield’s stories to visitors.

Forum of the day: Exchangers are bringing up their memories of Earl Weaver, longtime manager of the Baltimore O’s, who passed away over the weekend. Weaver coached against the York White Roses in his minor league days and was Andy Etchebarren’s manager with the Orioles. That’s his York County connection. Baseball great and Donora, Pa., native Stan Musial also died over the weekend. Feel free to comment about him below. 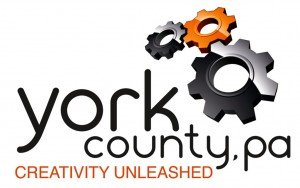 In a York Daily Record/Sunday News op ed about York’s brand ‘Creativity Unleashed,’ Steve Gohn states: ‘We don’t make one specific product – but everything we do has a common thread of creativity: from snack foods to robotics, from the tilt-in window to ergonomic bottles, from handcrafted violins to the best motorcycles in the world, from mints to barbells.’ Read the guest column at Creativity Unleashed.