York Airport’s runway: A rare view of its other end 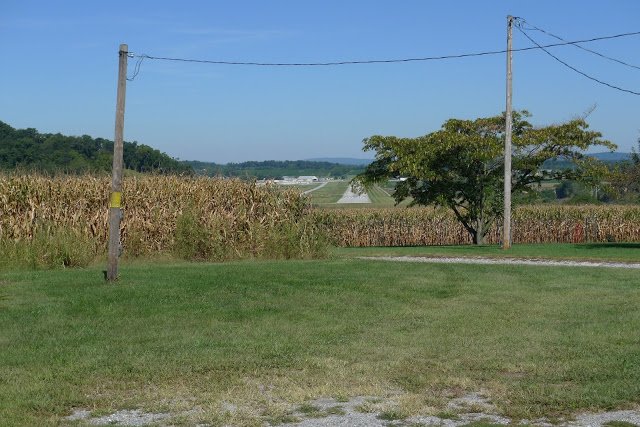 Anyone who has driven on Route 30, the old Lincoln Highway, west of York is familiar with the York Airport. Planes come in right over the roof of your car. But what’s at the other end of the runway? That part, few see. But here it is, courtesy of the camera of Rick Ramage of VeloPhoto York. The York Airport is an area icon, finally settling here, under Oscar Hostetter’s ownership, after 1956. Also of interest: First York Airport’s administration building stands today. 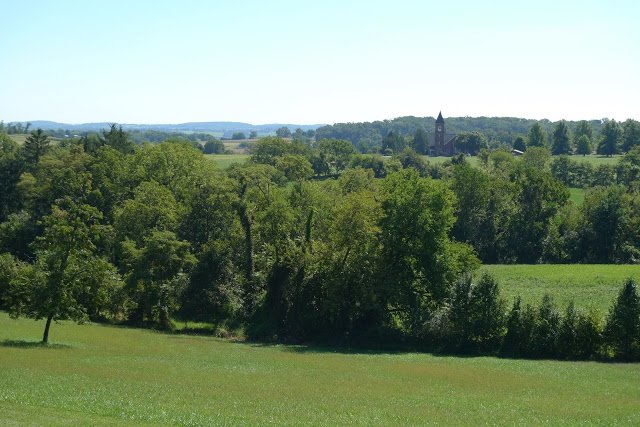 Here’s another look at York County’s countryside at the end of the  York Airport runway. That’s Roth’s United Church of Christ’s steeple across the way, as seen over the handlebars in VeloPhoto York. The church is observing its 250th anniversary this year.

+++
Abe in stone: Lincoln is a favorite of artists (and rightfully so).

“This is probably the most important piece I have done.” — Stan Watts, the Lincoln statue’s designer.

Prevailing winds: This map with a recent story on a proposed Perdue soybean oil extraction plant in Lancaster County explains why some in York County cares. Because of the way the river runs, parts of Hellam Township actually are east of the plant. That means that area is subject to the prevailing winds, and what happens in Lancaster becomes a York County issue. Geography and geology does matter. This map gives another view of things.

Interesting thread: Looks like York was in search of an identity in the 1960s, too. Click on the comments to see the discussion.

From “225th Anniversary Program” in 1966. We didn’t know what to call ourselves then either.

+++
History Mystery: Where was the York County Academy … .

History Mystery: When York Little Theatre was five years old, it operated out of the late 1700s York County Academy….