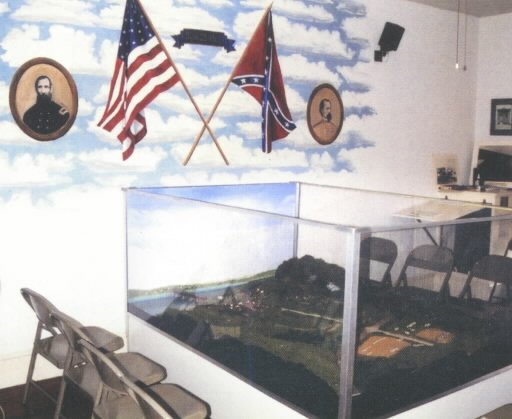 Much has been written about the bold move by a Hanover businessman to purchase the old Electric Map familiar to generations of visitors to Gettysburg.

Scott Roland plans to display the map as an attraction in Hanover, where it will appear with another exhibit showing the Battle of Hanover.

That’s a wonderful project on the eve of the 150th anniversary of the Battle of Gettysburg. It’s sure to draw people to Hanover, site of an often-overlooked cavalry clash that resulted in 300 dead, wounded and missing military men in blue and gray.

It gives an opportunity to remember another map or diorama explaining the other major battle on York County soil — the Battle of Wrightsville.

Along the old Lincoln Highway in Wrightsville sits a small building, a former post office.
Today, it houses Historic Wrightsville’s Burning of the Bridge diorama.

The exhibit, complete with sound and light show, does an effective job interpreting the Battle of 
Wrightsville and the subsequent burning of the covered bridge that stopped the Confederate advance possibly to Harrisburg and Philadelphia.

“The story told by the narration is one of adventure and history,” a description of the diorama at historicwrightsvillepa.org states. 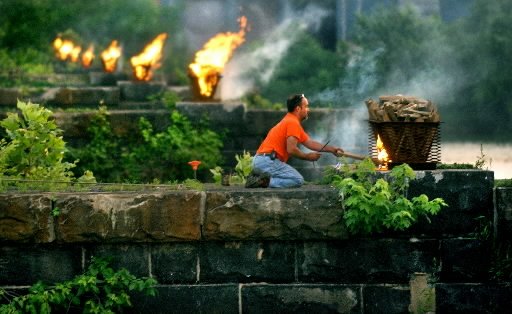 If the diorama in Wrightsville models the overall battle, ‘Bridge Burner’ volunteer Chuck Storm lights firewood on one of the old bridge supports in the Susquehanna River in a past reenactment of the burning of the covered bridge. That support actually held the bridge that was burned in 1863 to stop the Confederate advance.

Challenged intersection: Something that came across in the reporting on the now-demolished Rocky Ridge Motel. The Glen Rock exit off of Interstate 83, site of the old motel, is known as a “failing intersection”, meaning its late 1950s-vintage ramps and exits don’t meet the modern standards of an interstate.

A bike brand: This weekend is Bike Night, Harley’s open house and the White Rose Thunder event at the York Expo Center. These events surely reinforce the connection of York with two-wheel motorized bikes. Background: Check out these photos and stories about Harley-Davidson in York and Harley’s new plant tour – From frame to ‘final dress’

Forum of the day: An Exchanger is reflecting on York’s newstands, past and present. Join in the conversation.