Working on Steam into History’s railroad – Linked in to York County history, 4/11/13 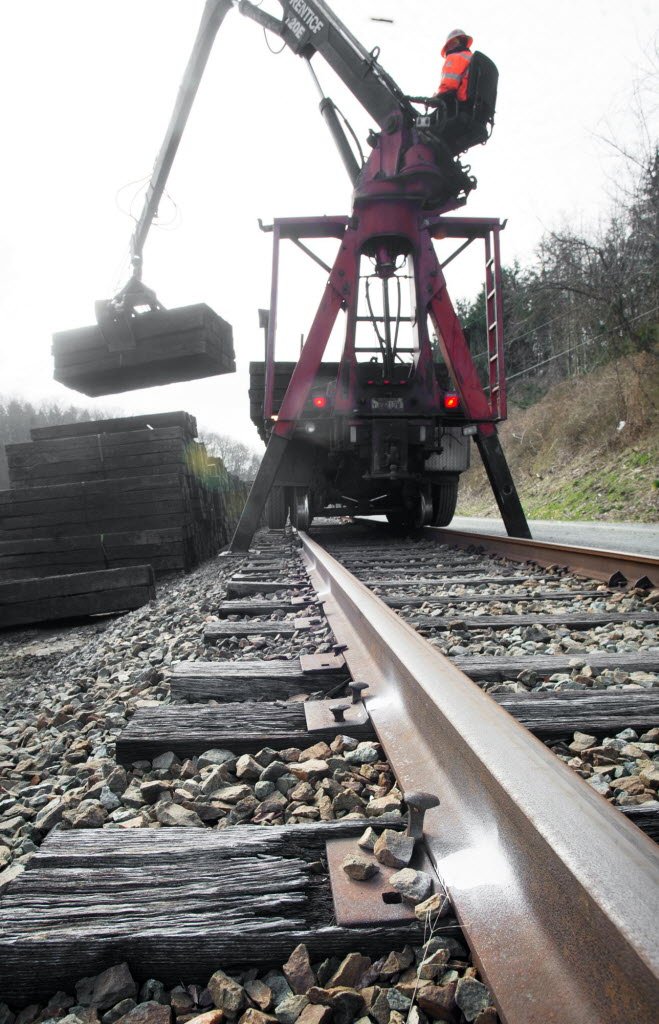 You don’t see this much anymore. People working on a tourism railroad, the former Northern Central Railroad tracks on which a steam locomotive will soon roll. Construction of a new, yes new, steam locomotive is in its final stages, as Steam into History is working on the excursion railroad between New Freedom and Hanover Junction. Service will begin this year, the 150th anniversary of the Battle of Gettysburg. For details: www.steamintohistory.com Also of interest: Will Steam into History Inc. locomotive steam into York County history?

If you’re a regular York Town Square reader, make yourself known to me at our town hall meeting tonight.

Here are the details:

WHAT: Town Hall meeting with the York Daily Record/Sunday News and WGAL-TV. Meet Sara Glines, Mike Argento and Scott Fisher of the YDR and Ron Martin of WGAL. And, of course, me, too.
WHEN: 7 p.m. today.
WHERE: The Pennsylvania Room at the York Expo Center
The meeting is free. Light refreshments will be served and there will be drawings for prizes.
Why: As we said in and editorial, you can follow it live on a ydr.com chat, but you can’t get snacks unless you come.

Passionate preservationist: The York Daily Record/Sunday news has entered Blake Stough, of Preservingyork.com and its Facebook page of the same name, into the community blogger category in Digital First Media competition.

DFM is the YDR’s parent company, and this is its first company-wide content. In its application, the YDR called Blake a “passionate local preservationist.”

Our entry stated: “The popular blog explores York County’s rich history of farming and factories, bringing our community together to preserve that heritage.As you’ll see in one of the submitted posts, the blog helped bring together hundreds for a community picnic that raised money for local preservation.”

The Center Square School in Roundtown, Manchester Township, still bears the sign asking folks to save it.  The YDR’s Buffy Andrews captured the school here (on right) with a new social media tool: Tout.