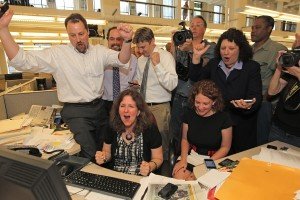 An official Philadelphia City Schools report in January reinforced what the Philadelphia Inquirer series “Assault on Learning” reported in 2011: Violence is widespread and underreported.  Reporting standards vary among city schools.

The Philadelphia Inquirer team comprehensively reported and documented the out-of-control crime in Philly schools. And photographer David Swanson, a York Country Day graduate, was a key part of the team that was honored with a Pulitzer Prize earlier this week.

So, York County links with the Pulitzer, journalism’s top prize, are adding up. 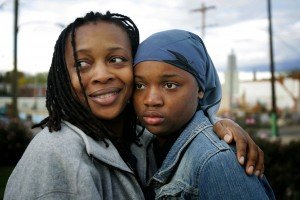 This photograph of a victim of Philadelphia school violence and her mother was part of the Philadelphia Inquirer’s Pulitzer Prize-winning entry. David Swanson captured this scene and provided extensive video footage that helped tell the story, ‘Assault on Learning.’ (Please click to enlarge.)

Interestingly, Swanson and  Walker grew up at about the same time in York County, launched their photography careers in the 1980s, earned positions as photographers at major metropolitan newspapers and became war correspondents.

And both provided freelance photography for the York Daily Record early in their careers.

Here is an opportunity for a community group to bring back both native sons to York. They would be on a short list for next year’s mayor’s arts awards, those awards granted to Jeff Koons and members of the rock band Live this year.

Or what a show the two could provide showing, and commenting on say their work as war correspondents, at the Strand-Capitol Performing Arts Center.

Their work, of course, is more than about awards.

David Swanson’s photography, for example, documented a problem in Philly schools that must be remedied before quality education can be gained in the classroom. 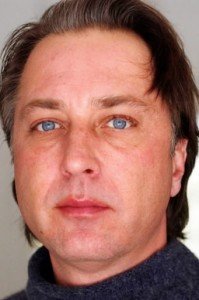 David Swanson has won numerous journalism awards in his career as a Philadelphia Inquirer photographer. ‘He seems to get to places other photographers can’t, and his photos are very telling and dramatic. . . . He has always had a knack for being able to shoot pictures in hot spots,’ a colleague said about Swanson.

Photos courtesy of the Philadelphia Inquirer