Women’s Club of York opens its beautiful building to the public: Linked in to history, Nov. 29, 2012 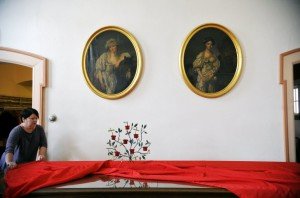 The Women’s Club concert hall has seen all kinds of performances over the years. Next up will be an open house and Christmas recital featuring the Matinee Musical Club. The concert is set for 1 p.m. on Dec. 9. Here, Women’s Club of York board member Mary Homsher works in the concert hall, a large beautifully decorated auditorium with a stage. The Women’s Club owned this historic structure (see photograph below) for decades and now leases it from a private owner. The East Market Street club was originally a single-family home built in 1880, according to the York Daily Record. The Women’s Club, a group of wives of prominent local men, purchased it in 1916. ‘We were the first to help beautify the city by putting trash cans around the city,’ club President Jacquie Sutton told the newspaper. She added that putting the trash cans out was not hard. More difficult was ‘getting the city fathers to have someone come empty them.’  Check out all women’s history posts from the start.

The last call is out for papers for the Journal of York County Heritage.

Editors – I’m one of them – will be looking particularly for manuscripts that focus on the Civil War, tied to the 150th anniversary of this region’s most concentrated involvement in the war.

Hex expert: A couple of times a year, I get queries about the Hex Murder. Here’s my edited response to one that just came today seeking an expert on the topic:

There is a local attorney who wrote the definitive book on the Hex murder, J. Ross McGinnis. The book: Trials of Hex.

He’s a principal at Stock and Leader.  He’s extremely well spoken, a litigator.

You can also find background posts on my blog.

There are a lot of visual opportunities available, relatively speaking. The murder house is still standing, and a descendant of Nelson Rehmeyer has tried to open it as a museum.

In a follow email, I wrote about Ross:  “You’ll find him fascinating … .”

The book is available at the college bookstore or at YCP’s on-line bookstore.

Forum of the day: America’s Patriots played the lottery, while meeting in York County, to raise dollars to fight the British. So is buying Powerball tickets a patriotic duty, a real chance for riches or a waste of money? Please comment below. 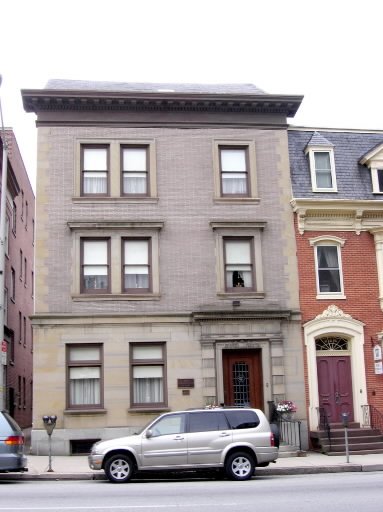