Winter in Wrightsville, Pa.: ‘The sunset here is always awesome’ 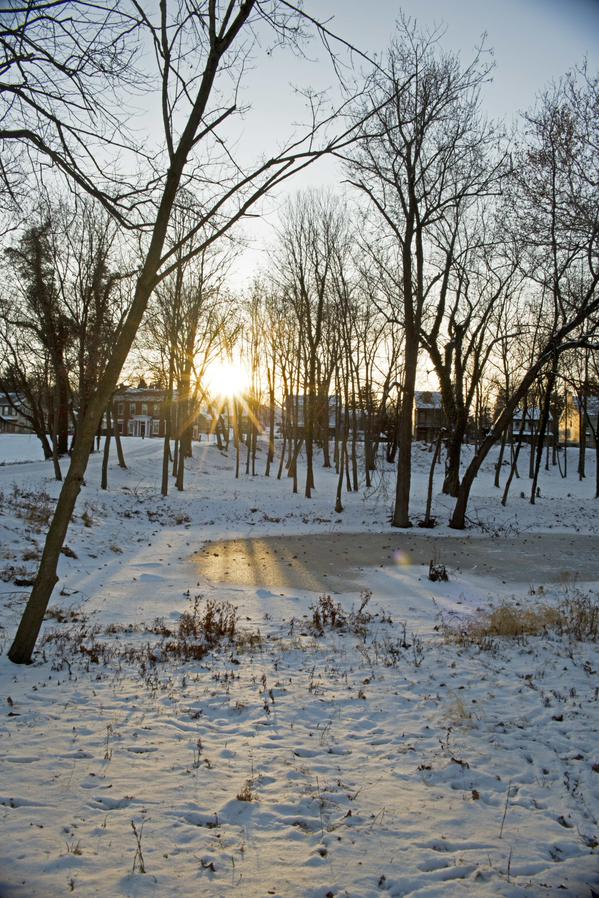 ‘Sometimes risking frostbite is worth it,’ the York, Pa., Daily Record’s Anthony Machcinski tweeted. He came away with this lovely photograph. He was in downstream from Veterans Memorial Bridge in Wrightsville, on the Susquehanna River. ‘As for what drew me to the scene,’ he wrote, ‘Wrightsville has always been beautiful to me from the minute I first stepped into it (actually stopped here at a local gas station on the way back from my first interview, not realizing I’d end up living here.) The sunset here is always awesome. In the summer, the sunset goes over High Point and creates a neat effect, but it shifts a bit in the winter and ends up shining over a lot of the houses here.’ See another Machcinski picture and more of his description below. Also of interest: 5 image explore Wrightsville’s bridgehead – upstream and down.

+++
Wrightsville, Part II: Anthony Machcinski continued: ‘I wanted to take a photo of the bridge that’s totally orange from the sunset, but couldn’t ignore how bright the sun was, so I just decided to turn and take a picture (above). So even though it was in the 20s, windy and by the River, I couldn’t help but love this scene.’ Here’s that view of the bridge:

Stamps and history: Glen Rock historian John “Otts” Hufnagel is also heavily involved in all things stamps. He’s chairing an upcoming show for stamp collectors at the York Expo Center. Here’s the information, according to YDR.com: “Stamp, post card and postal history collectors, as well as people interested in learning, are invited to attend the show at the Horticulture Hall – York Fairgrounds on Friday, Jan. 23 from 10 a.m. until 5:30 p.m. and on Saturday, Jan. 24, from 9 a.m. until 4:30 p.m. For more information, call 717-235-1528.”

Track records help you gauge politicians, but it’s different for Tom Wolf. What can we learn from his York Co. past? http://t.co/ayo9CeRxx7 — scott blanchard (@scott_blanchard) January 10, 2015

Spying with an eagle eye: This Eagles Nest camera will be up to check on these grand birds at Codorus State Park.

Duel of the saxophones: Tim Warfield and Chris Bacas perform what has become an annual saxophone duel at First Presbyterian’s Jazz Vespers, 2015.

In York Daily Record’s newsroom: Well, these stories and photos on YorkTownSquare take a bit of work!