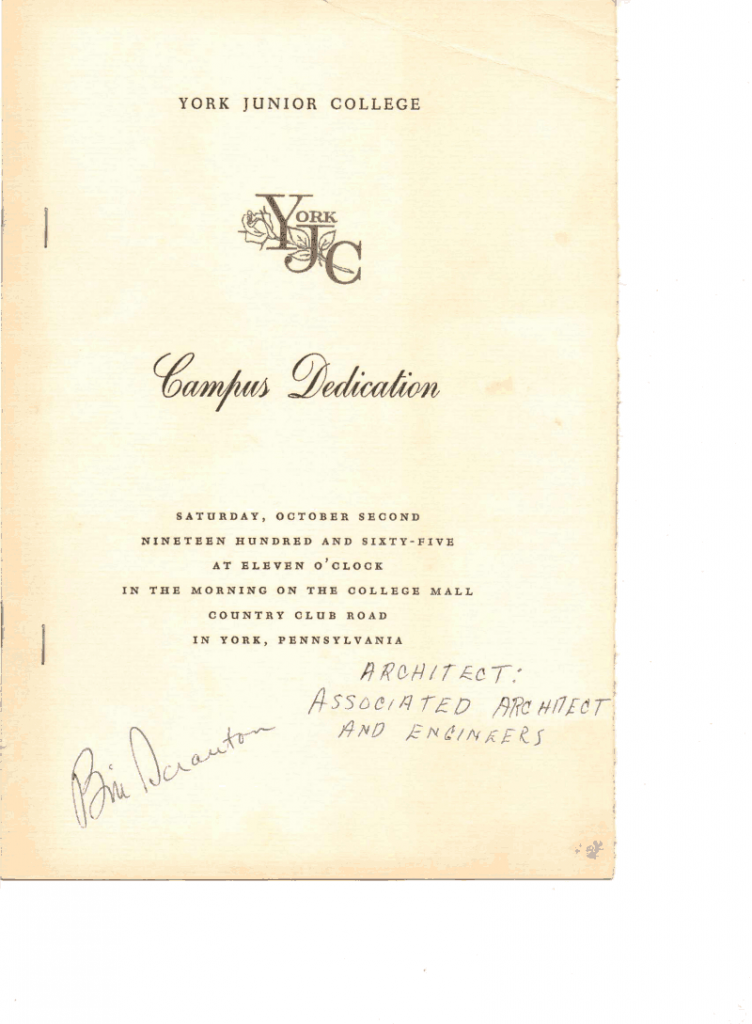 Pennsylvania Governor Bill Scranton autographed this program for the dedication of York Junior College’s new campus in 1965. At that point, YJC stood at Duke Street and College Avenue, and this dedication paved the way for York College of Pennsylvania, as it’s now called, to move to open at its current site on Country Club Road. Also of interest: Check out the expanse of York College’s current campus in this colorful map. 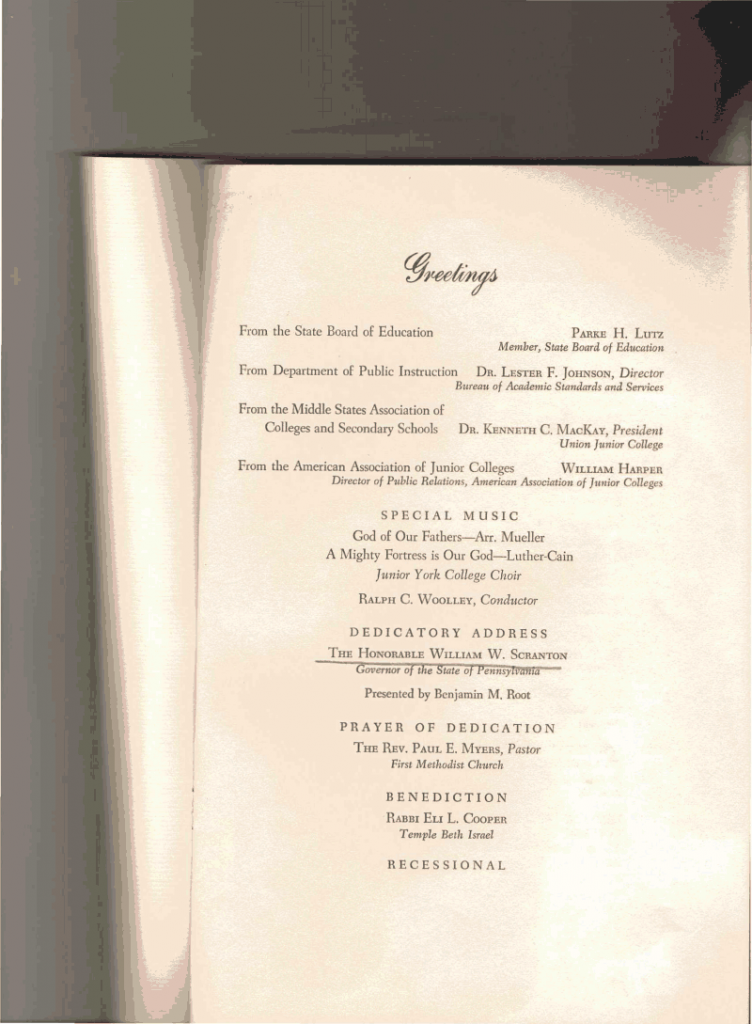 The speaker lineup for York Junior College’s dedication, keynoted by William Scranton. The Voni B. Grimes Gym, the college’s former building, is the most significant reminder that the college was in York city other than, of course, College Avenue.

He remembers the trip well. His father’s architectural firm had done work on the project so his family traveled from Marietta for the dedication where he garnered Scranton’s autograph (above).

He pointed out the number of prominent York countians there that day, particularly Charles S. Wolf, representing the University of Pennsylvania.

“I remember he was a huge earl leader of YJC,” Ken wrote.

Word of William Scranton’s death a few months ago brought that day to mind, and Ken sent along these copies with his memories.

His parents kept it, and put in a scrapbook they compiled.

“(P)robably have pictures from that day somewhere too,” he wrote. 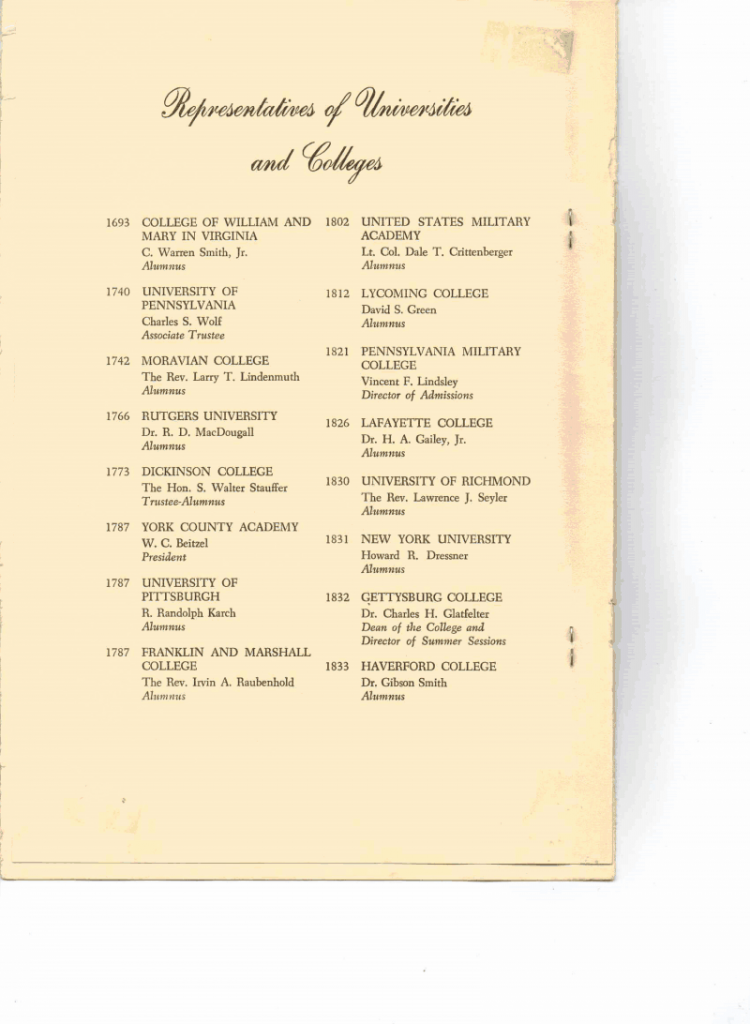 This roster of luminaries from York County represented their various colleges at the dedication of what was then a golf course, the Out Door County Club. This old York College program reminds you that York has hosted 4-year college for less than 50 years, thus largely missing the benefits a college bestows on a town until relatively recently in its 250-year history.