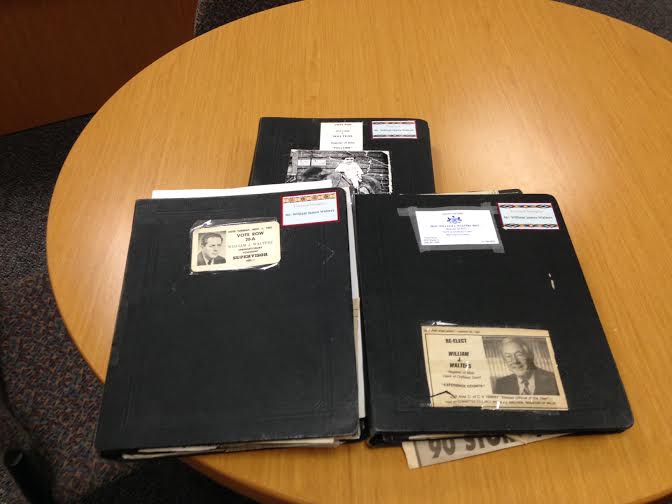 Bill Walters brought three notebooks filled with newspaper clippings and other memorabilia detailing news and views about his many years in York County as a Harley-Davidson manager and as an officeholder in the public sector.

Actually, some of those years he combined both, working at Harley and serving as a supervisor in Springettsbury Township.

He’s led a busy, outspoken public life – time well spent, a life well lived. It’s a life that has touched many events in the past 50 years in York County – and vice versa

Here’s a sampling – just a sampling – of some of those clippings that together offer a snapshot of one active York County office holder: 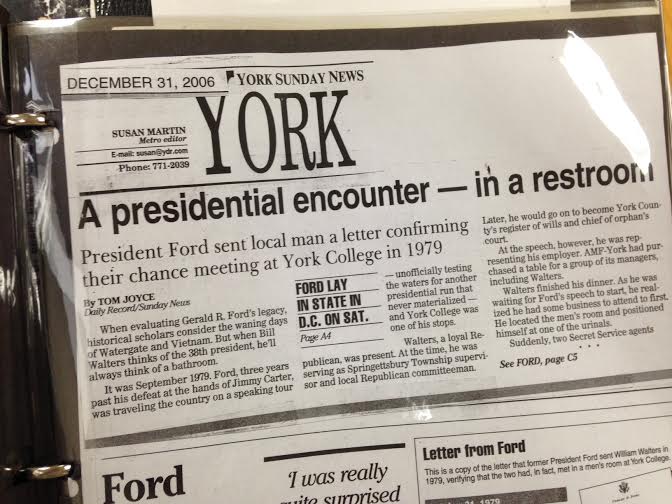 This is a well-known incident in which former president Jerry Ford and Bill Walters made a restroom pit stop at the same time at York College of Pennsylvania. Later, no one would believe Walters’ story, so he wrote to Ford telling him so. A return letter from the 38th president confirmed Walters’ tale. That’s the broad brush. You can get the details at: York County man tells about goofy encounter with Gerald Ford. 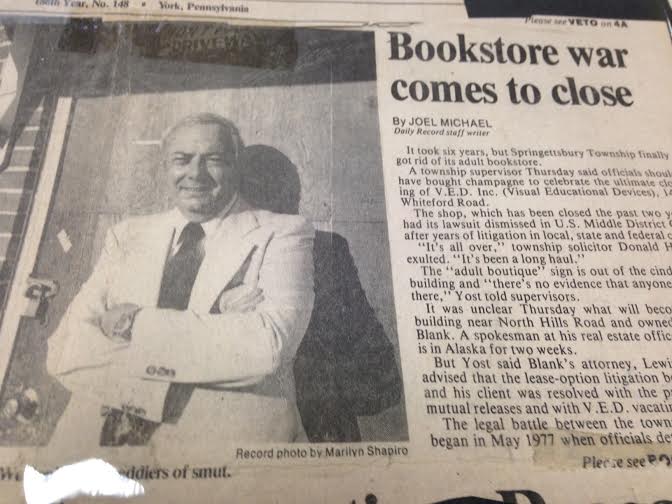 Walters ‘ community contributions on the public side took root in his years as supervisor in Springettsbury Township, one of the county’s most populous and important municipalities. This clipping shows a battle over the township’s attempts to close an adult bookstore – a fight that Walters took on against the ‘peddlers of smut,’ as the caption states. 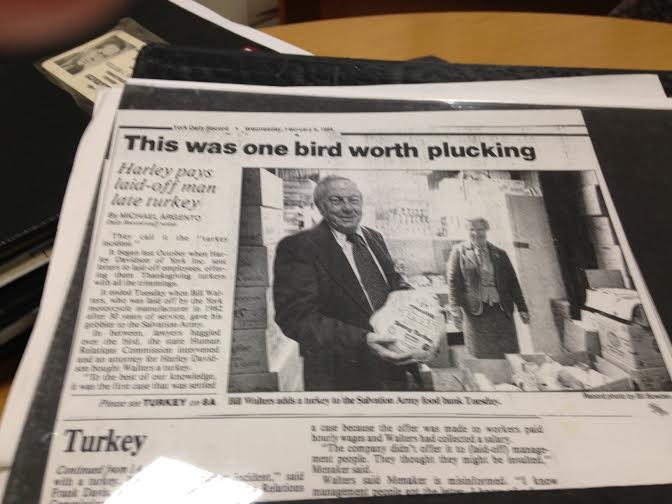 Bill Walters came to York when AMF arrived here in 1964. His tenure with then-Harley-Davidson ended in the early 1980s, with a downsizing. Walters took legal issue with that cost-cutting move. The fact that furloughed managers did not receive a turkey, as did other laid-off workers, became a symbol for Walters, a man of strong convictions. 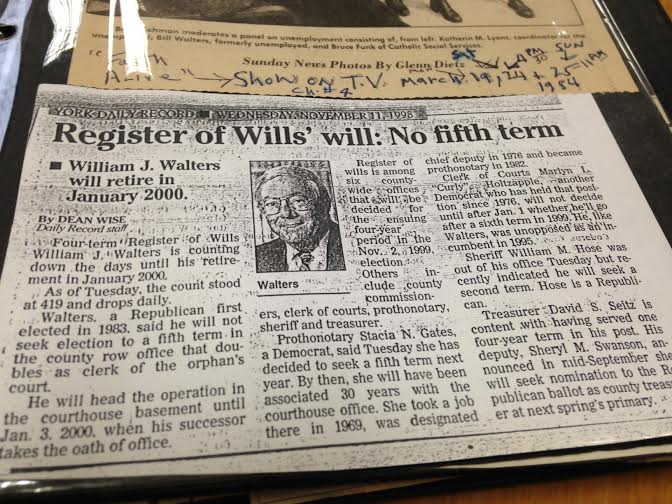 Bill Walters’ post-Harley days were filled with full-time public sector duties. He was elected to four-terms as county Register of Wills. He was one of a slate of Republican row officers who gained election – and reelection – in the courthouse every four years. That stronghold continues to today. 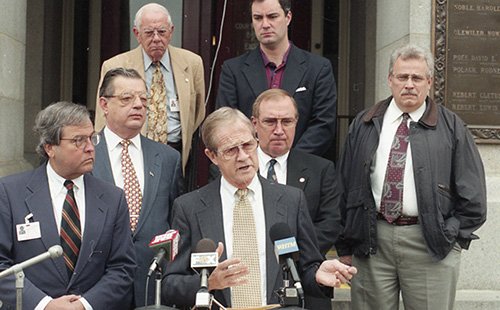 This photograph was part of the scrapbook, and we scanned it to show a lineup – a generation- of public servants who served as a foundation in the courthouse and Republican politics in all or parts of the 1980s, 1990s and the first decade of the 21st century. Bill Walters, left, and Chris Reilly are in the back row. Bob Minnich, left, Bill Hose and Barry Bloss are in the middle row, and Stan Rebert is standing beside U.S. Rep. Bill Goodling. Minnich is deceased and the others are retired from public office, except for Reilly, still a county commissioner.