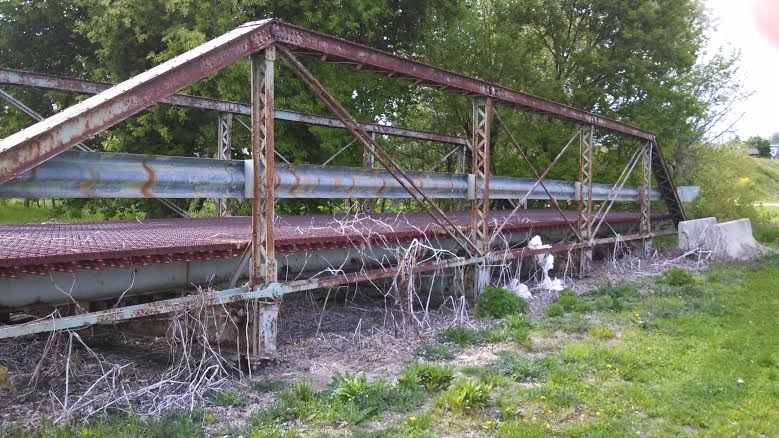 It’s a bridge to nowhere. The question is whether it will some day be a bridge to somewhere, particularly spanning Willis Run in North York for York County Heritage Rail Trail users. Work is underway on the rail trail’s northern extension. Check out this MediaCenter gallery of the work (and below). Also of interest: York County rail trail extension to follow canal towpath.

You can’t miss the old span at the north end of Small Field along what will become the northern extension of York County Heritage Rail Trail.

It’s one of those old bridges that they just don’t make anymore. You still see them around, but they’re being gradually replaced by less interesting concrete structures around the county.

So we asked rail trail exec Gwen Loose to tell us how that old structure got there and where it came from: 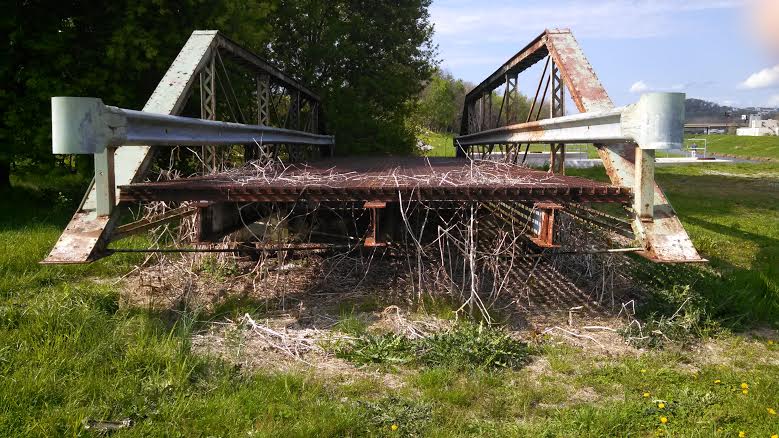 “It was acquired in 2009 by North York Borough through PennDOT and the state’s Department of General Services, Bureau of Supplies and Surplus Operations—we refer to the program as PennDOT’s bridge ‘recycling program.’ It is a pony truss bridge that was located over Marsh Creek in Franklin Twp, Adams County on Franklin Twp Road T310.

“We continue to work with North York Borough to evaluate the bridge; however, through our most recent state grant applications to build the Heritage Rail Trail in North York Borough we have not found the funds that would cover the
rehabbing of this bridge.  We’ll continue to evaluate the costs as we begin engineering of this section of the rail trail.”

Let’s hope everything works for good for this old bridge, which would add character to an extension project that has great promise. 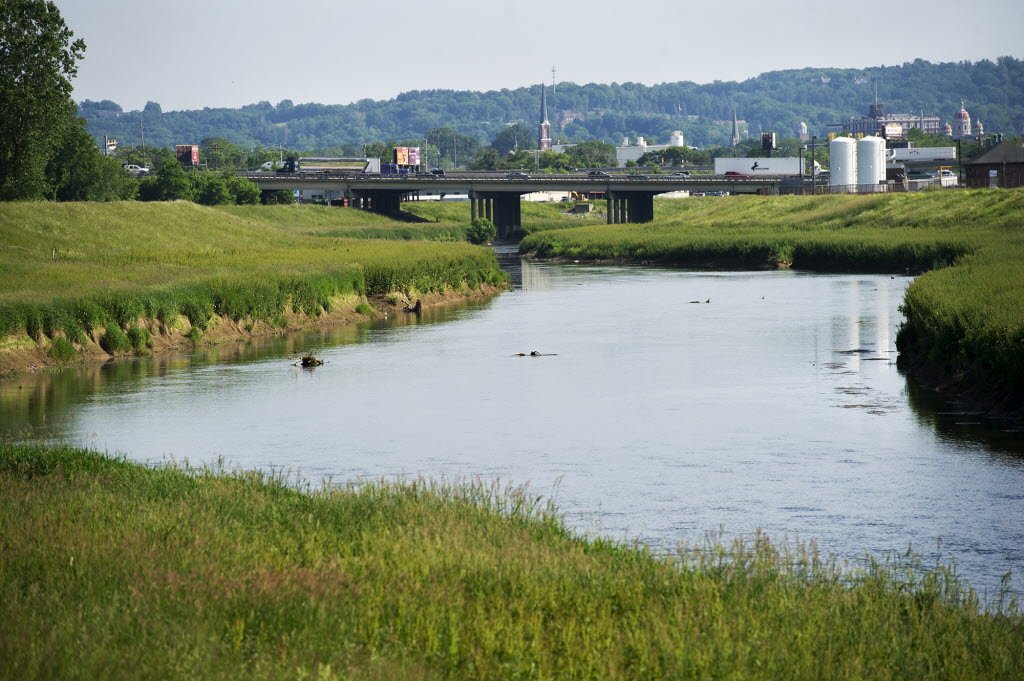 YDR photographer Paul Kuehnel captures the Codorus Creek, the Route 30 bypass and York city viewed from the northern extension of York County Heritage Rail Trail’s now under construction. This is one of many Kuehnel photos made along the northern extension. Paul reflected briefly about the rail trail, as part of the gallery. Among his comments: ‘Rail trails aren’t designed around one destination, but are paths for exploration and long distance contemplation. A path that lets my mind wander and draw upon all the places I have seen in my life that have been defined as beautiful.’