Who will lead the York area in the future? Part I 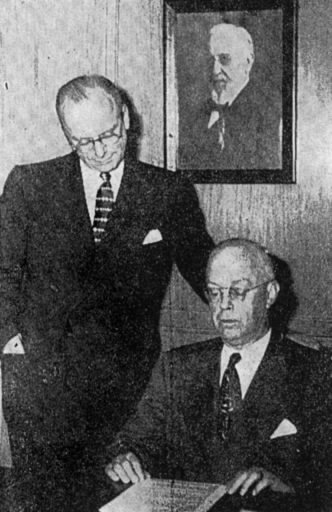 Founder A.B. Farquhar (in portrait) appears to be overseeing the sale of his 95-year-old company in 1951. William J. Fisher, seated, Farquhar president, and his son, Edward H. Fisher, sold the company to Oliver Corporation. Farquhar executives cited the difficulty of independent medium-sized companies trying to do business through depressions, wars and war threats. Other York County companies also started selling to large, out-of-town interests in those years. Interestingly, the trend today is not only to sell to larger, out-of-town companies but then some of that work is moved not only out of town but out of the country. Today, this vicinity of North George Street is occupied by the now-vacant York Dispatch building and the CGA office building, among other businesses. Background posts: York County agrarianism vs. industrialization, Part I and York’s western gate: One image says so much.

Around York, community service organizations are concerned about where leadership – and funding – will come from after a group of aging philanthropists who have made things happen for years pass on.
In a York Sunday News column, I explored options and even named names, taking a long historical detour along the way… . 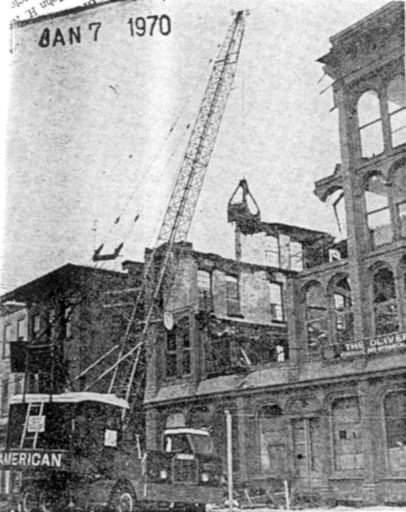 By 1970, not much was left of Farquhar’s factory, and the city authorized demolition after a 1,000-square-foot section of the company’s abandoned North George Street complex roof collapsed. By this time, York’s industries were losing muscle and their CEOs leadership status, a process continuing to this day. Background post:
York County agrarianism vs. industrialization, Part I.

I looked at where the York area leadership came from over the years – government or agricultural industrial or industrial titans.
Anyway, here’s that excursion from the Jan. 13 newspaper:
In two worlds