Who was that slain Yankee messenger at York County’s Green Ridge? Part II 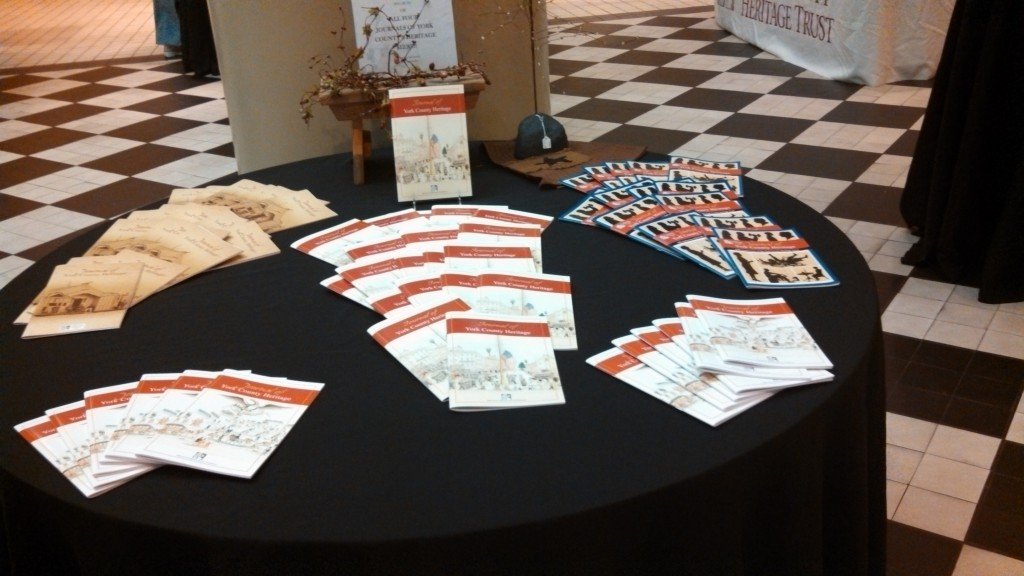 The fourth “Journal of York County Heritage,” the York County, Pa., Heritage Trust’s scholarly publication, came out in September with another slate of articles that push county scholarship ahead. All four pieces address the Civil War in York County, and though scholarly, are accessible. And all four years’ of journals cover this table at the trust, 250 E. Market St. The 2013 journal is available for $6.95 or the whole set for $12.95. Check out the museum shop: YCHT Shop.  Also of interest:  Recent books demonstrate York County has much history to explore, and researchers are digging into it.

The 2013 Journal of York County Heritage will itself be historic some day. It carries what is believed to be the late Gettysburg prof Charles H. Glatfelter’s last scholarly piece, “The George Bear Incident, 1863.”

This tells the story of the Union courier who was shot and killed accidentally by this southeastern York County farmer. The courier carried important updates from the Union Army’s high command.

Who was the courier?

Dr. Glatfelter pointed to a member of the Bear family who in 1924 could not remember the Union man’s name. Dr. Glatfelter ended his last scholarly piece about this incident at Green Ridge, Codorus Township: “As the last survivor of the George Bear 1863 household, Susan Bear Rohrbaugh is certainly entitled to have the last word.”

Sorry to give away where this history mystery rests right now.