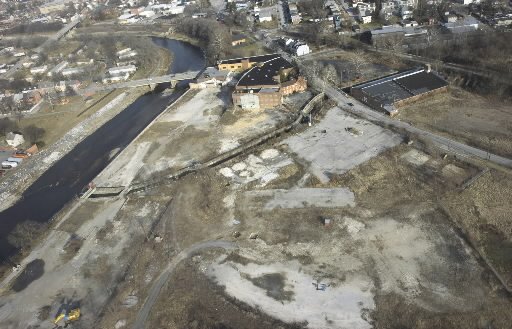 There’s a lot going on in this York, Pa., Daily Record/Sunday News file photo of the old Stone Container/Smurfit Stone site. York College of Pennsylvania has acquired the former mill buildings, upper right, and rehabbed at least one of them. One of them, the old Philip King house, has been in the eye of preservationists who fear its demise.  The Penn Street bridge is in the spotlight because it symbolically and physically connects YCP’s expanding campus and the city. The Codorus Homes, York’s first public housing units along the Codorus at the left edge of the bridge in this photo, face demolition. The greenway along the creek will thus be extended. New public housing has gone up nearby on former Helen Thackston Park land. Who says things don’t change in York, Pa. It might not look that way from the air, but glimpses of change are apparent on the ground. Also of interest: Old King’s Mill-Smurfit Stone site giving way to information age and All aerial photos from the start.

I told you in a recent post that the Lancaster Mennonite Historical Society hosts interesting programs.

Check out this lead paragraph in a LMHS news release:

The news release says that Lancaster’s Hispanic Mennonite community has been around since the 1950s.

Information about the Nov. 11 event in New Holland can be accessed at the LMHS website. 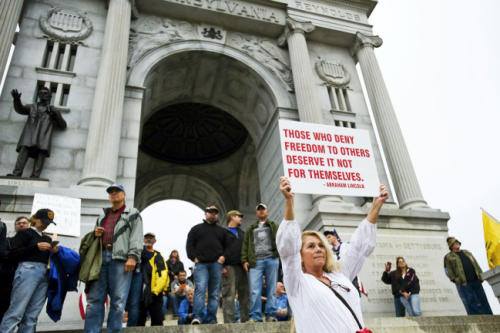 Negotiators are trying to end the U.S. government shutdown today. While this political stuff has been going on, protestors toured a piece of Gettysburg’s shutdown battlefield. Here is what an York Daily Record/Sunday News’ editorial, picked up by the Hanover Evening Sun, said about the event.

York’sPast: Yorkblogger Stephen H. Smith really digs into a place that many people drive through – or try to – but don’t often stop: the Longstown intersection and its environs. Stephen, over at York’s past, recently put up his 300th post. 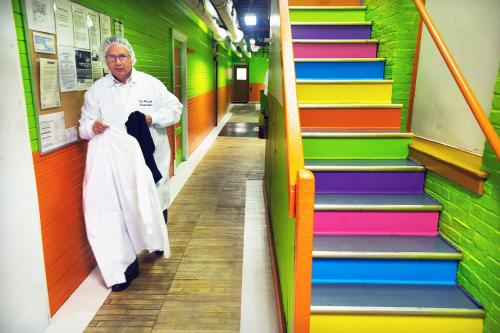 History mystery photo: Now this is one bright workplace – in a #York County business that is celebrating its century mark this year. Can you locate where this photo was taken? (Answer is here: http://bit.ly/12K7XqY).