Who is rightful owner of area boys’ basketball scoring record? 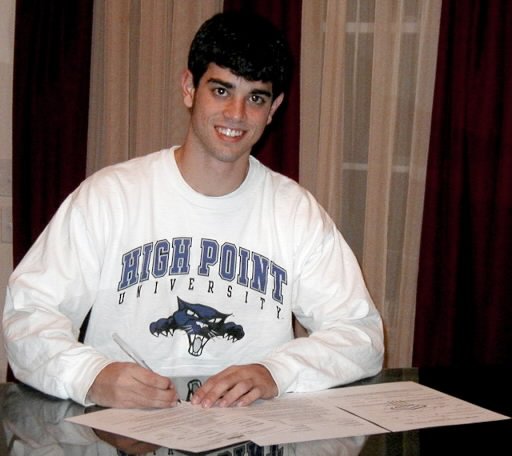 When York Catholic’s Jacob Iati passed the 2,000-point mark in December, the question surfaced again about who owns the leading point total in YIAA basketball history… .

While York Catholic’s Jacob Iati etched his place among the York area’s all-time greats Friday night, York Suburban asserted its superiority in the schools’ ongoing rivalry.
Mitch Kemp hit a running floater near the foul line with 3 seconds remaining to give the Trojans a 49-48 win over the Irish and their second straight title in the 19th annual Special Olympics Holiday Classic at York County Tech.
Kemp recorded an assist on the Nick Murray buzzer-beater that won last year’s tournament. This time, he used several screens to free himself from John Full’s defense and take the ball near half court with 10 seconds left. Kemp drove toward the hoop and leaned in to a high-arced 15-footer that dropped through the cylinder and set off an eruption of cheers from about half of the packed gym.
Iati, who scored the 2,000th point of his career with a first quarter free throw, heaved a desperation shot from half court that fell well off the mark and the Fighting Irish finished as runners-up for the second straight year. Only six days ago, Catholic topped Suburban 67-55.
“Our team is really young,” said Kemp, who was named the tournament’s MVP. “Since we lost to Eastern really big (by 19 points on Dec. 19), this team has started to focus. I think we’re going to keep it going.”
The Suburban junior finished with 23 points, second only to Iati’s 25.
The Catholic senior has 2,019 points for his career, which puts him in fifth place all-time in the York area. Iati is 197 points behind older brother Jon, 217 short of YAIAA record-holder Adam Miller of Kennard-Dale and 554 away from top scorer Frank Hawkins Jr. of Red Lion Christian.
His 25 was not enough in Friday’s tightly contested title contest, in which no team held more than a five-point lead and the lead changed hands 19 times. Iati was the lone Catholic player to finish in double digits. Only three other Irish scored at all and starter Chris Reagan finished with no points.
“I think Jacob is trying to do too much in our offense,” said York Catholic coach Jim Senft. “(Other players) got some easy plays and we missed some easy shots inside, but I think we need to get back to working on our offense of spreading the ball and screening and getting more contributions from other players. We can’t win games if Chris Reagan doesn’t score a point.”
Reagan had his best chance to put one on the scoreboard when he drew a foul with 50 seconds left in the contest and the Irish (8-3) up 48-47, but after the Catholic senior missed the front end of his 1-and-1, Suburban had a chance to take back the lead.
After Joey Merkle missed a 15-foot jumper from the right baseline, Suburban’s Cole Wagner pulled down the offensive rebound to keep the Trojans (7-4) in position to pull ahead.
Suburban coach Tom Triggs called his team’s final timeout to set up the inbound play with 33 seconds left. When nothing developed under the basket, Ryan Kinard was forced to throw the ball near half court to Merkle, who gave it back to Kinard. Full initially kept Kemp away from the ball, but the Suburban sharpshooter finally broke free and grabbed the rock.
“They were face-guarding me, so Ryan had to shove me the ball,” Kemp said. “I faked right, dribbled left, pump faked, shot it and it went in.
“It felt like it was going in the whole time.”
The Trojans have won two straight since dropping games to YAIAA Section 3 rivals York Catholic and Eastern York last week.
“We’re pointed in the right direction,” Triggs said. “But we can’t be satisfied with where we are. We’ve got to get back on the court tomorrow and continue to elevate our game and have high expectations for ourselves.”
* * *
Panthers slash Warriors: In response to Thursday’s 34-point thumping at the hands of York Suburban, Central York did some thumping of their own in Friday’s consolation game, holding a double-digit lead the entire second half in a 57-43 victory over Susquehannock for third place.
Bubby Martin (17 points), Justin Ray (13 points), Tre Bowman (11 points) and Drake Dorm all scored in double-digits for the Panthers (6-5). Tyler Gruzs led Susquehannock (2-8) with 10 points.
“You talk about being embarrassed – last night was one of those games where you just want to hide the next day and forget,” said Central York coach John Knox. “The good thing was we were able to come back and have a chip on the shoulder and come out and play hard. I think that really made a difference.”
Martin was named to the all-tournament team, along with Gruzs, Suburban’s Kemp and Kinard and Catholic’s Iati and Full.