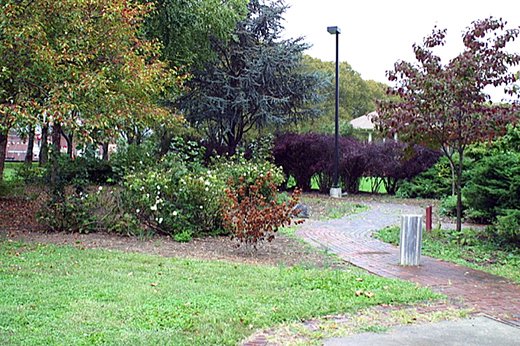 White roses, of course, brighten the garden at the southwest corner of York’s Albemarle Park. They are the most visible part of the AIDS Memorial dedicated in the park in 1996. The memorial, like the park, is showing a little wear and tear but both still represent a peaceful, green, often overlooked part of the White Rose City. (See additional Albemarle Park photograph below.) Also of interest: Remember the Elks Monument in Penn Park, York, Pa.?

The evening rush was on at Sidney, the very fine, fine dining restaurant in East Berlin.

Demands from families with children needing high chairs and booster seats had swamped the supply.

So, of course, another family came in with a toddler. And no immediate booster seat could be had.

But someone on the Sidney staff had an answer.

A family member lived nearby. Someone could run down and get the children’s seat that way.

Soon, a booster seat materialized. And the family sat down to a fine dinner with a contained toddler, who at least as much as you can contain a toddler.

I remember having one or two of our young ones in tow or in arms on Fisherman’s Wharf in San Francisco. No high chairs anywhere. Restaurants anywhere above fast food simply didn’t want to children in their house.

Now at Sidney’s in East Berlin, the gourmet fare would put most of those San Francisco restaurants to shame. But no pretensions there.

Their customers had a need, so they sent out a call, and the neighborhood delivered.

Entrepreneur passes away: Joseph Rosenmiller, of the York County Rosenmillers, died recently. A York Daily Record/Sunday News story says Rosenmiller and a partner bought a small AM radio station in Connecticut. That partnership later formed Greater Media, one of the country’s largest privately held media companies about 20 years ago. 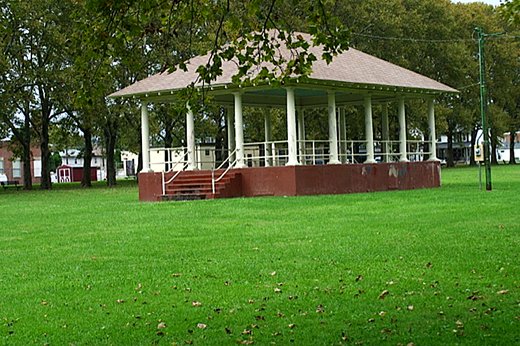 The bandstand at Albemarle Park isn’t as well known or as elaborate as Farquhar Park’s. But it reminds one of a day when the park was a grand destination for York-area residents looking for green space. Also of interest: Two bandstands stood in York’s Farquhar Park in Northwest York’s early years.