Where is York County’s Bittersville, site of dispute over veterans memorial marker? 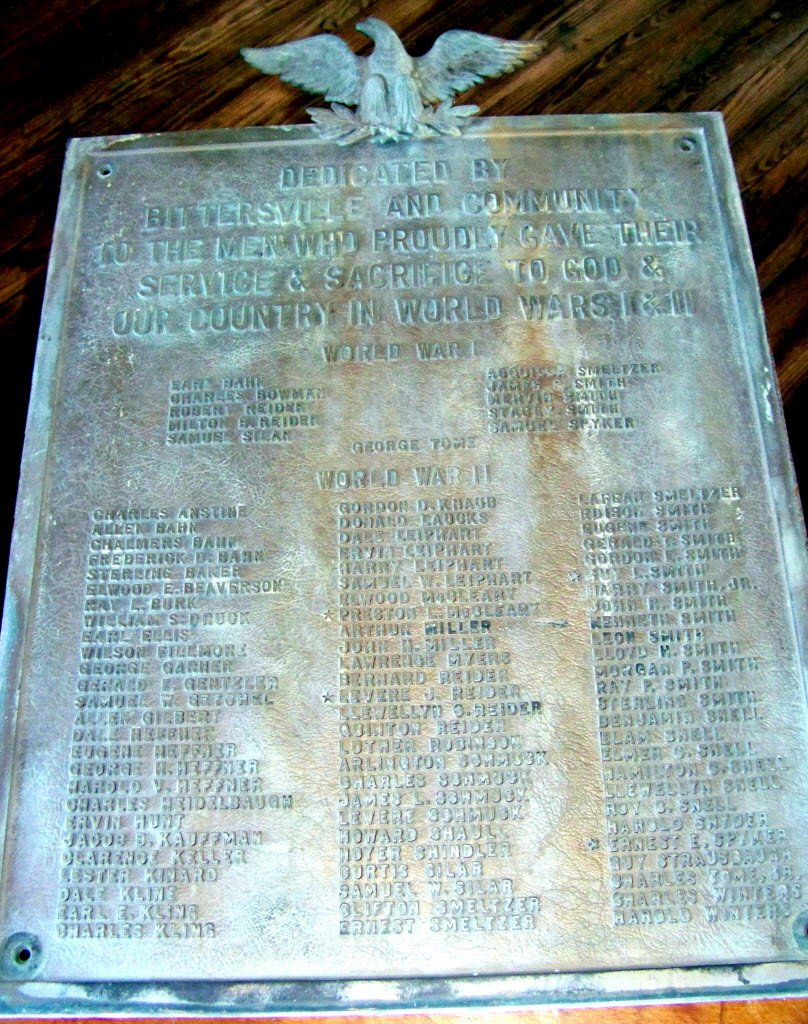 Bittersville Veterans Memorial Plaque is the source of controversy in Lower Windsor Township.  The Lower Windsor Township Historical Society is seeking a permanent home for the bronze, now in the Martinsville Schoolhouse (see photograph below.) Others want it on the property of its longtime home, the Bittersville United Methodist Church now St. Michael the Archangel Roman Catholic Church. Who will win or will there be a compromise? Also of interest: Transportation of workers fueled York County’s trolley system

A controversy over where to put a veterans memorial plaque has put the Lower Windsor Township hamlet of Bittersville in the spotlight for a minute.

What are some quick facts about Bittersville?

We know it was the southeastern terminus of York County’s far-flung trolley system. Why the trolley went to this rural region and didn’t stop at the more populated Windsor borough is not immediately clear.

The reliable ‘Gazetteer of York and Adams Counties’ indicates the hamlet hosted a post office from 1885 to 1929.

George Prowell writes in 1907 that Bittersville was the trolley terminus, 12 miles from York. “Bittersville lies in the southern part of the township near the Chanceford Line.” It’s a village in that region akin to Yorkana, Craleyville and Delroy.

No information from either source about how Bittersville received its name: From a local family or the role its local plants made in flavoring local spirits or medicines.

Perhaps a researcher reading this blog can pitch in with info.

Back to the controversy. Here’s an excerpt from a ydr.com story about this disagreement between the Lower Windsor Township Historical Society and York County veterans:

A bronze plaque that memorializes veterans who served in world wars I and II stood for years at the Bittersville United Methodist Church in Lower Windsor Township.

When the church closed two years ago, the Lower Windsor Area Historical Society took possession of the plaque. The group plans to find a permanent home for it in a public spot, secretary Hollis Bedell said.

Some veterans, however, believe the plaque belongs at the church, which has since reopened as St. Michael the Archangel Roman Catholic Church. That’s where the community intended the memorial to be displayed when it was placed there years ago, said Phil Palandro, director of York County Veterans Affairs.

“The veterans are highly upset about this,” he said.

Elwood McCleary of Red Lion recently wrote a letter to the editor of the York Daily Record, expressing his displeasure that the war memorial has not been returned to its place of honor. The names of his father and uncle are on the plaque.

As for the Lower Windsor Area History Society, here’s an excerpt from a recent inyork.com story on such York County historical groups:

It serves Lower Windsor Township, East Prospect and Yorkana boroughs and the villages of Bittersville, Craley, Delroy, Martinsville and Long Level; and is affiliated with the Friends of the Martinsville School House.

The group grew out of concerns about the future of the schoolhouse which was built in the 1870s and closed in 1954, society secretary Hollis Bedell said.

What began as an effort to save the school and the history of all the area’s one-room schools grew into an effort to increase the scope of the project.

As a result, the Lower Windsor Area Historical Society, incorporated in 2007, has collected a database of local businesses, families, houses, churches, burial locations and other information pertaining to the history of the area and the effort continues.

“We are asking people to lend photographs or other documents to us to be scanned. We will return all of them but scanning them is a way of preserving the past and of telling the story,” Bedell said.

They are interested in family photos, postcards and stories about school days, and memories of local celebrations and activities. While these might seem like ordinary material to most people, they help to preserve the area’s history, she said

Members of Martinsville Alumni and the Susquehanna Senior Center took part in the oral history program with York College, and the interviews are preserved at the college and the York County Heritage Trust.

The Alumni of the Martinsville Schoolhouse hold an annual reunion. Photos of past reunions are available online at www.lowerwindsor-area.org.

Members of the Lower Windsor Area Historical Society host open houses at the Wills School, which is owned by the Conservation Society of York County, secretary Hollis Bedell said.

The school, built in 1875 contains many of the original items such as the desks, organ, inkwells, blackboards, water cooler, pot-bellied stove, and pictures of George Washington and Abraham Lincoln. The original school bell still hangs in the belfry.

It is in Delroy, on Route 124, about 6 miles from the juncture of Route 83 and Mount Rose Avenue.

The school is open from 1 to 4 p.m. on the second Sunday of each month from May to October. 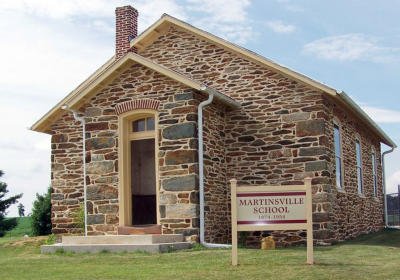 The Friends of the Martinsville Schoolhouse are affiliated with the Lower Windsor Township Historical Society.