Where is the Susquehanna River’s Holtwood Dam? Part 2 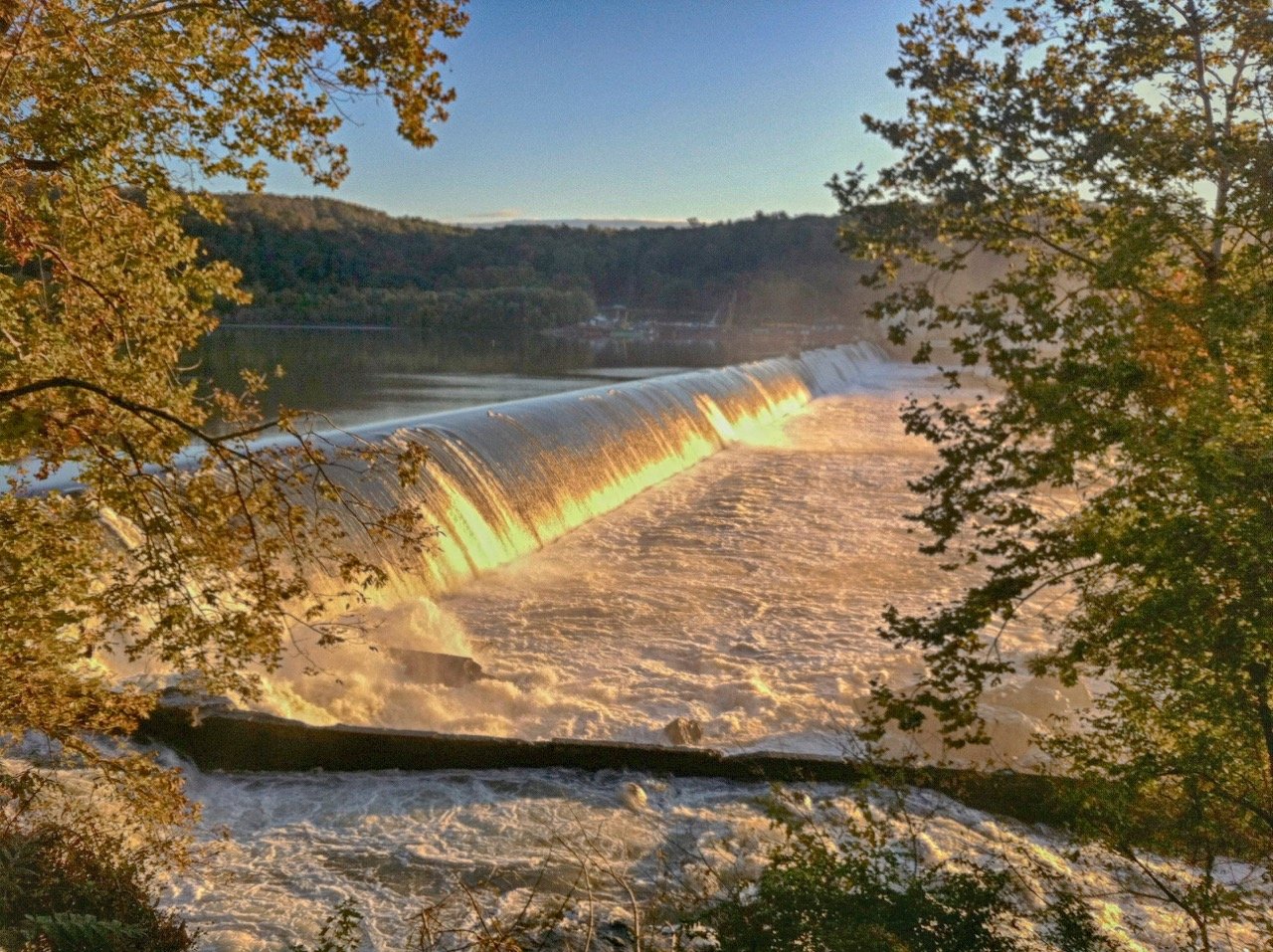 On these rainy days in the Thanksgiving season in which snow is often in the forecast, this sunny photograph might brighten the day for some readers. Don McClure captured this scene at sunrise several years ago. This wonderful area is remote enough that many York countians have never visited it. So where is Holtwood Dam on the long and broad Susquehanna River? The short answer: Travel the Norman Wood Bridge between York and Lancaster counties and look upriver. For a longer answer, check out: Where exactly is the Susquehanna River’s Holtwood Dam?, Part I Also of interest: Mermaid spotted on the Susquehanna in the 1800s (which has a photo of the dam with its cement-work exposed).

Ginny Burke from Virginia Beach emailed with a story about her late mother Betty Jane Duncan, a York High grad, and how she met her husband:

“My father, a farm boy from Dodge City, KS, served on submarines in the Navy during World War II and was sent to York to attend air conditioning/refrigeration school in 1944. While there, he met my mother (who had grown up in York – graduating from high school there in 1943, I believe) at the local roller skating rink. The rest, as they say, is history. I was wondering if you have any idea where the roller rink was located? At some point in the early 1980’s, my mother and I drove through York and attempted to locate it, but so much had changed that my mother couldn’t find it. Both my parents are deceased now, and I live in Virginia Beach, but I would like to be able to visit the site where they met some time. Any clues you can provide would be very much appreciated.

My response: “There might have been more than one roller rink in the WW II era but best thought is that it’s Playland – which opened right before Pearl Harbor.

“You can also find other references by searching on my blog for Playland… .

“That (Playland) was a popular place for folks to meet. Btw, that air conditioner training was no doubt at York Corporation. Lot on it here.

If you knew Betty Jane Duncan or have similar stories about Playland, comment below or contact: Ginny Burke
+++

History Mystery: From a snowy day several years ago: