Where does York County’s Biesecker Road get its name? 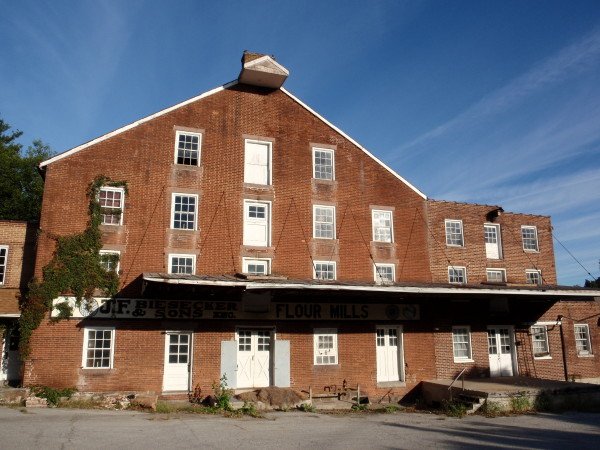 As mills go – and York County, Pa. had 300 of them or so – Biesecker’s Mill was large, and no doubt enlarged over the years. York countian Dianne Bowders, who submitted this photograph to ydr.com’s Your Photos, wrote that it was built about 1843. A earlier mill sat on that footprint, powered by the Little Conewago Creek.The building can be seen from scenic Route 234, between York and East Berlin. Dianne Bowders wrote that  the Biesecker family owned and operated the mill from 1920 until 1994. Many York countian who might not be familiar with the mill know its namesake road – Biesecker Road. Or maybe the mill took its name from the road. There’s probably no way of knowing. (Update, 3/4/14: Well, yes there is a way to know. Marlana Biesecker wrote: ‘In answer to your question, the road takes its name from the mill. My great-grandfather John Franklin Biesecker purchased the mill in 1920 from the Eisenhart family. Prior to that, most of the Bieseckers were in the Gettysburg, Cashtown and Chambersburg areas. There is also an Eisenhart Mill Rd in East Berlin that must have run by the mill at one time.’) Also of interest: Part of York County’s past – Biesecker’s Mill – goes on auction block.

Wrightsville’s riverfront is to receive a facelift.

If that comes about, it will join a project downstream in rehabbing land fronting the Susquehanna River. That project is taking place at Long Level’s old Dritt House, now the Zimmerman Center. 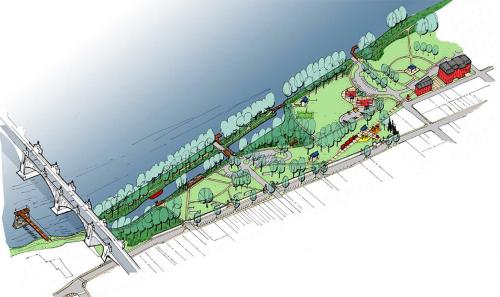 This image shows proposed renovations in Wrightsville. One of the most interesting features is that walkway, drawn here at lower left, from the Susquehanna’s bank to the first pier of the old bridge. The drawing appears to show a refilled portion of the Susquehanna and Tidewater Canal, ending near the new bridge. Its footprint is visible today.

Dodson and Redford?: Nelson Dodson sent in the following about his successful son: “FYI, Neal Dodson, my son, is the producer of a major motion picture starring Robert Redford. The film “All Is Lost” will be released In New York and LA tomorrow and across the country on October 25th. The movie is the second major film produced by Before the Door productions. He and his partners Zach Quinto and Corey Musso also produced “Margin Call.” Thought you might like a local boy makes good story.”

Hidden secrets: Ann Small Niess grew up in the Elmwood Mansion, and that landmark plays a leading role in her fictional “Hidden Secrets of Jacob’s House.” It’s fiction but packed with facts about the mansion.

Copies are available by contacting the author at anniess@embarqmail.com. 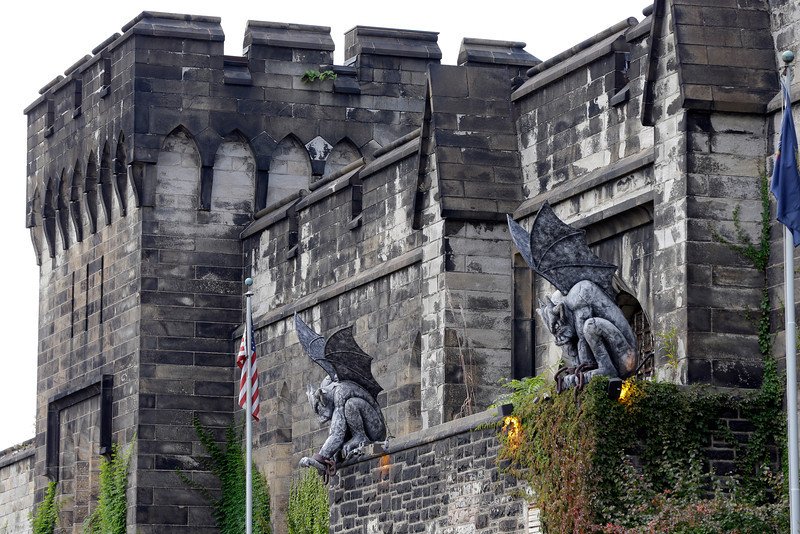 Philadelphia’s Eastern State Penitentiary, always a tourist attraction, is particularly popular at Halloween. Here, it is decorated for the occasion. According to AP, which supplied this photo,  the penitentiary took in its first inmate in 1829, closed in 1971 and reopened as a museum in 1994. All of which makes you wonder why York County’s old Chestnut Street prison couldn’t be made into a similar tourist attraction. Check out this photo gallery of the old state pen.