Where do you go for the best source about the York race riots and trials? 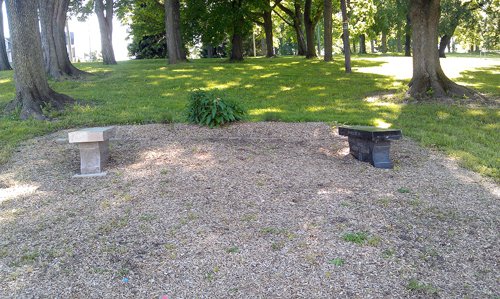 The memorial honoring Lillie Belle Allen and Henry C. Schaad, victims of rioting in 1969, sits on the east side of Farquhar Park in York. Allen was visiting relatives in York County, and Schaad was serving as a York City police officer. The rioting that took their lives was erupting in late July 43 years ago.   (See additional photographs below.) Also of interest: York, Pa.: ‘It’s a midsize city with an interesting history’.

The emailer was seeking information.

She was familiar with one of the books written about the  deadly race riots in 1968-69 and the trials of the shooters 3o years later, just after the turn of the millennium.

What was the name of the second book? she asked.

I gave her the name, but I quickly pointed her to reliable accounts of the riots and the trials.

They reside on ydr.com, and were written shortly after the trials by then-YDR staff member Kim Strong, who worked with precision to get every detail right in the stories.

If published, these comprehensive, understandable accounts would make a book.

So if you’re looking for authoritative accounts of the riots and riot trials, reference the following: Silent No More: The murder of Lillie Belle Allen and As He Lay Dying: The murder of Henry C. Schaad. 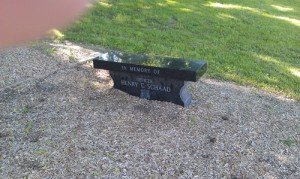 A closer view of the bench, part of the memorial honoring Patrolman Henry C. Schaad. The memorial is engaging, but off the beaten track and largely forgotten.

– This series of posts also explains the race riots, with timeline: Helping to sort it out in York: We must not forget lessons from 1860s, 1960s.

– These stories and photos tell about the late 1960s in York and the race riots that marred those years.

– Kim Strong’s two pieces on the race riots and trials are part of a larger section on those events, complete with documents and timelines: Race riots in York. 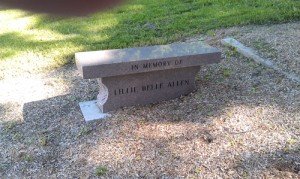 The bench honoring Lillie Belle Allen. The memorial was a result of a search in the aftermath of the race riot trials to bring peace and healing. They are located near the site where then-police officer Charlie Robertson was part of a white power rally at the time of the riots. Robertson later became mayor of York and was acquitted in the race riot trials.