When you read about the Shady Dell, you learn about late-20th century York County 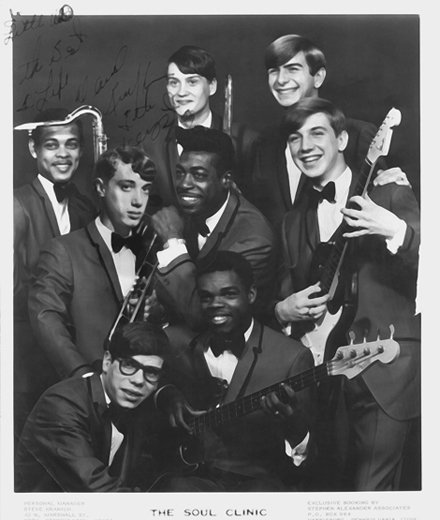 The Soul Clinic, a York band that scored a regional hit in the 1960s, is the topic of Shady Dell Music & Memories blog series under way. Tom Anderson, aka, the Shady Del Knight gained an interview with members of the band and the result is a complete history of the band, well-known around York in its time.  Also of interest: The Shady Dell has always been the Shady Dell.

When he discusses music at The Dell, the old southside teen hangout, he is really talking about York County history from the 1960s and more recently.

For example, the presence of mixed-race rock bands in York is an interesting contrast to the often stormy race relations in the city in that era.  And you understand a little better about the things that captivated teens around here in the mid-to-late 20th century.

Here’s some info from Tom about his current project linking to Violet Hill’s Shady Dell:

“I am capping off this Spring of Surprises with an unprecedented three week long, 9-part series in which I present my exclusive interview with The Soul Clinic, the York band that released the regional hit record ‘So Sharp’ in 1968. It’s the first time The Soul Clinic has consented to an interview in 43 years and the first and only in depth conversation detailing the complete history of the band from start to finish. A year in the making, this mammoth blog series is packed with rare photos and never before published anecdotes. It reads like a veritable who’s who of the York music scene of the 1960s. There will be special guest commentators and plenty of surprises along the way. The Soul Clinic interview is truly a blog series of epic proportions, by far the most ambitious project ever undertaken on Shady Dell Music & Memories. It will delight anybody who was there and still cares as well as younger readers who want to experience a vicarious thrill following the adventures an up-and-coming local band of the 60s.”

– “Upon completion of the two year Dell renovation I presented a tour showing the new, modern look of what we now know is a century old estate.” Read more: Shady Dell renovation.

– “In my post entitled To Dell and Back, 300 Dell rats returned to their old stomping ground for a history making two day weekend open house.”

– “Kathleen Mae Schneider, Margaret’s daughter, began her exclusive guest blogger series In-Dell-ible Memories in which she will be opening mother Margaret’s diary and sharing stories about the centenarian’s childhood at the Dell during the World War I years.”

– “This week I am celebrating my 400th blog post by presenting a rare photograph of John and Helen Ettline donated by John’s niece Nancy Rae Sieling.”

– Preserving York’s Blake Stough tells about an earlier time at the Dell: Tough Times Were Faced During The Pre-Shady Dell Days.